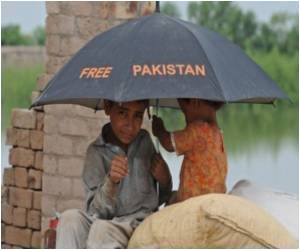 Moody International Pakistan Managing Director, Rashid Mehr, said that environmentalists around the world and his organization believed that global warming was likely to be making extreme events worse.

"For example, when there is more heat in the atmosphere, it holds more water and, therefore, floods in places like Pakistan are heavier," The Daily Times quoted Mehr, as saying.


"If we have these types of extreme weather patterns then climate change has loaded the dice so there is more risk of bad things happening," he added.
Advertisement
He further pointed out that dramatic weather patterns are consistent with changes in the climate caused by mankind and "ill-planned and loosely-supervised industries".

"These are events, which reproduce and intensify in a climate disturbed by greenhouse gas pollution," Mehr said.

The floods, triggered by torrential monsoon downpours last month, have claimed the lives of over 1,600 people.

The floods first struck the western province of Baluchistan on July 22 before inundating the worst-hit Khyber Pakhtunkhwa province and then entering Punjab and Sindh.