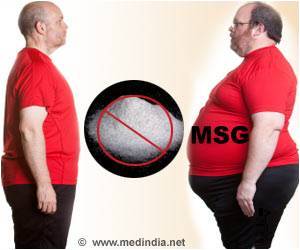 Worldwide, in the past 33 years, there has been a startling increase in rates of obesity and overweight in both adults (28% increase) and children (up by 47%).

With the number of overweight and obese people rising from 857 million in 1980 to 2.1 billion in 2013, according to a major new analysis from the Global Burden of Disease Study 2013, published in The Lancet.

Relationship Between Obesity and Life Satisfaction Influenced by Place of Residence

The way in which one compares weight-wise with others in his or her community plays a key role in determining how satisfied the person is.
Advertisement

However, the rates vary widely throughout the world with more than half of the world's 671 million obese individuals living in just ten countriesthe USA (more than 13%), China and India (15% combined), Russia, Brazil, Mexico, Egypt, Germany , Pakistan, and Indonesia, and (listed in order of number of obese individuals).


Over the past three decades, the highest rises in obesity levels among women have been in Egypt, Saudi Arabia, Oman, Honduras and Bahrain, and among men in New Zealand, Bahrain, Kuwait, Saudi Arabia, and the USA.

Obese or overweight adults can improve their health by losing even a small amount of weight if they keep it off, a British health watchdog said.
Advertisement
In high-income countries, some of the highest increases in adult obesity prevalence have been in the USA (where roughly a third of the adult population are obese), Australia (where 28% of men and 30% of women are obese), and the UK (where around a quarter of the adult population are obese).

The findings come from a comprehensive new analysis of the global, regional, and national prevalence of overweight and obesity in adults aged 20 years and older and children and adolescents aged 2-19 years between 1980 and 2013.

The authors warn that the study presents a worrying picture of substantial rises in obesity rates across the world and say that concerted action is urgently needed to reverse this trend.

Led by Professor Emmanuela Gakidou from the Institute for Health Metrics and Evaluation at the University of Washington in the USA, a team of international researchers performed a comprehensive search of the available data from surveys, reports, and the scientific literature to track trends in the prevalence of overweight (body mass index of 25kg/m² or higher) and obesity (BMI of 30kg/m² or higher) in 188 countries in all 21 regions of the world from 1980 to 2013.

According to Professor Gakidou, "Unlike other major global health risks, such as tobacco and childhood nutrition, obesity is not decreasing worldwide. Our findings show that increases in the prevalence of obesity have been substantial, widespread, and have arisen over a short time. However, there is some evidence of a plateau in adult obesity rates that provides some hope that the epidemic might have peaked in some developed countries and that populations in other countries might not reach the very high rates of more than 40% reported in some developing countries."*

"Our analysis suggests that the UN's target to stop the rise in obesity by 2025 is very ambitious and is unlikely to be achieved without concerted action and further research to assess the effect of population-wide interventions, and how to effectively translate that knowledge into national obesity control programmes. In particular, urgent global leadership is needed to help low-and middle-income countries intervene to reduce excessive calorie intake, physical inactivity, and active promotion of food consumption by industry."*

Commenting on the implications of the study, Professor Klim McPherson from Oxford University in the UK writes, "An appropriate rebalancing of the primal needs of humans with food availability is essential, which would entail curtailing many aspects of production and marketing for food industries. To prevent unsustainable health consequences, BMI needs to return to what it was 30 years ago. Lobstein calculated that to reduce BMI to 1980 levels in the UK would require an 8% reduction in consumption across the country, costing the food industry roughly £87 billion per year."

He adds, "The solution has to be mainly political and the questions remain, as with climate change, where is the international will to act decisively in a way that might restrict economic growth in a competitive world, for the public's health? Nowhere yet, but voluntary salt reduction might be setting a more achievable trend. Politicians can no longer hide behind ignorance or confusion."

Researchers have claimed that everything you think you know about the causes of rising obesity in the U.S. might be wrong.
Advertisement
<< WHO Urged Not to Snuff Out E-Cigarette
Emerging Asian Markets Targeted by French Winemakers >>