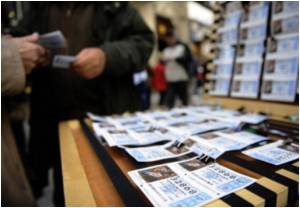 Five times greater than in 1990, the new record of Global health funding hit an all time high of $31.3 billion in 2013. Yet with 3.9% growth from 2012 to 2013, the year-over-year increase falls short of the rapid rates seen over the previous decade, according to new research by the Institute for Health Metrics and Evaluation (IHME) at the University of Washington being published online in a web first edition on April 8 by Health Affairs.

As funding from many bilateral donors and development banks has declined, growth in funding from the GAVI Alliance, the Global Fund to Fight AIDS, Tuberculosis and Malaria, non-governmental organizations, and the UK government is counteracting these cuts. Global health funding remains small relative to what high-income countries spend on their own health, representing only 1% of these countries' health expenditure.

Scientists have come closer to the understanding of how a E. coli clone described as the most important of its kind to cause human infections, has spread across the world in a very short time.
Advertisement

The findings will be presented today by IHME Director and report co-author Dr. Christopher Murray at the Center for Strategic and International Studies (CSIS). The results will be published online in Health Affairs and in the fifth annual edition of IHME's health funding series, Financing Global Health 2013: Transition in an Age of Austerity.


The findings will also be available in a new online data visualization tool, and the data from the study will be available on IHME's website at healthdata.org.

The United Nations has released another report in which it has warned countries that the impact of global warming is likely to be "severe, pervasive and irreversible".
Advertisement
In addition to providing a detailed picture of donors' global health spending, the report tracks development assistance for different health issues up to 2011, the most recent year data are available. IHME found that funding for maternal, newborn, and child health increased by nearly 18% between 2010 and 2011, reaching $6.1 billion.

The report found gaps between donor funding and disease burden in most regions, particularly with respect to non-communicable diseases (NCDs). Funding related to this category expanded from 2010 to 2011, yet while NCDs are a prominent and rising portion of disease burden in the developing world, they are not a primary focus of development assistance for health.

"The Global Burden of Disease shows steady growth in the burden of non-communicable diseases in all regions except sub-Saharan Africa," said study co-author Dr. Joseph Dieleman, who leads health financing research at IHME. "There is relatively little development assistance for health in these countries for NCD-related programs."

IHME also compared development assistance for different health issues to disease burden. Even though sub-Saharan African countries tended to receive the greatest volume of malaria assistance, for example, as a whole they received less than $60 of malaria funding for every year of healthy life lost to malaria between 2006 and 2010. In comparison, Latin America and the Caribbean received nearly $2,000 of malaria funding per year of healthy life lost during this same period.

For NCDs, the funding per year of healthy life lost was much smaller, less than 50 cents in South Asia from 2006 to 2010, and just over $2 in Latin America and the Caribbean.

Even though much of the global health community's attention is focused on development assistance for health, IHME researchers found that developing countries on average spend 20 times more of their own resources on health than they receive in assistance. Excluding donor assistance, government health expenditure amounted to $613.5 billion in 2011. This spending grew 7.2% between 2010 and 2011.

A specialist journal reports that lower back pain causes more disability around the world than any other single condition.
Advertisement
<< Italian Man Gets Jail for Having Noisy Sex
Keep BP Normal, Embrace 'Green Exercise' >>

Health Insurance - India
News Archive
News Resource
Advertisement
News Category
Tale of Love Hormones Shaping Our Responses to the Society How to Reduce Needle Anxiety in Children? Tobacco Addiction: Here's How to Break the Habit Parents are 'Winging It' on Their Kids' Mobile Use Ankle and Ankle Movements While Riding an Hoverboard
More News
Sign up for Wellness Consult a Doctor Sign up for Selfcare