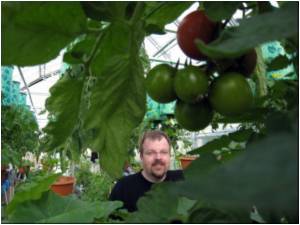 A British government report has said that the world needs fundamental changes to the global food system to feed the expanding population.

The study led by Professor John Beddington, the British government's chief scientific adviser, said that with the global population forecast to reach nine billion in 40 years' time, radical changes were needed to a system already struggling to feed the existing population.


"With the global population set to rise and food prices likely to increase, it is crucial that a wide range of complementary actions from policy makers, farmers and businesses are taken now," Beddington said.

Researchers worldwide have discovered that eating fish regularly is good for health. Regular consumption of fish may reduce the risk of diseases such as asthma, prostate cancer and eyesight.
Advertisement
"Urgent change is required throughout the food system to bring sustainability centre stage and end hunger. It is also vital for other areas, such as climate change mitigation, conflict, and economic growth."

The report found that the threat of hunger could increase, saying that current efforts were already stalling and food prices could rise substantially over the next 40 years.

As hunger spreads, the threat of migration and conflict will increase, while wider economic growth would also be affected, it said.

The global food system is already living beyond its means, consuming resources faster than they can be replenished, it said.

Substantial changes to water and energy use and addressing climate change are needed to bring about sustainability, the report found.

It also warned that there was "no quick fix" to the problems.

"Firstly, it is unsustainable, with resources being used faster than they can be naturally replenished," he said.

The report said that new technologies such as genetic modification, cloned livestock and nanotechnology "should not be excluded a priori on ethical or moral grounds" and have the potential to be "very valuable for the poorest people in low-income countries".

Meanwhile investment in technology research is "essential" given the magnitude of the food security challenges ahead.

New strategies would "benefit the poorest the most, simply by improving access to knowledge and technology, creating better access to markets and investing in infrastructure".

Britain's International Development Secretary Andrew Mitchell said that "with one seventh of the world's population still hungry, the report was a clarion call to arms".