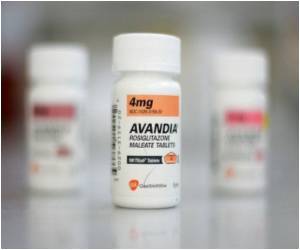 British pharmaceutical giant GlaxoSmithKline withheld from US drug safety regulators information about the possible dangers of top-selling diabetes drug Avandia, a report in the US press said Tuesday.

The allegation was made in the Wall Street Journal on the day that Food and Drug Administration (FDA) experts began a two-day meeting about the risks associated with Avandia and whether the drug for diabetes should be pulled from the market.

According to the Wall Street Journal, former FDA drug-safety official Rosemary Johann-Liang said in a deposition for lawsuits filed against Glaxo that the British drug company "hadn't given the FDA full information on Avandia's risks in a timely manner."


The paper said Johann-Liang quit her FDA post "after she was unable to convince her superiors about the need for stronger warnings" about Avandia.

The blood sugar chart gives you the fasting glucose values and glucose tolerance test values for normal people and people with early diabetes and established diabetes. Also use the calculator to find out if you have diabetes.
Advertisement
Her accusations were included in a letter sent to the FDA by members of a Senate committee investigating Glaxo and Avandia.

Several studies have linked Avandia to an increased risk of heart attack and stroke, but a Glaxo-funded study last year came up with the opposite result.

Last year sales of Avandia, which has been on the market since 1999, were about 800 million dollars worldwide, making it one of the top-selling diabetes treatments and overall drugs.