Giving Girls Their Due: A Sarpanch's Role in Social Change 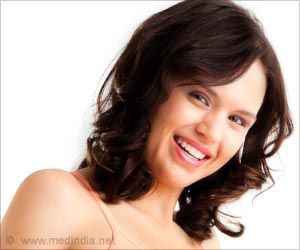 It was during one of my recent visits to a village in East Delhi that I realised how a Sarpanch can help bring about changes in the mindset of the residents -- even with regard to the deep-seated bias against girl children in India. My work in a medical camp took me to the village.

As serene as the hamlet was, the market place was buzzing with activity. A make-shift arrangement was done for the public to assemble for their medical check-up. And I saw a beeline of women standing in the queue waiting for their turn.

Cancer is one of the frequently talked about and most feared disease that falls under the genre of lifestyle diseases that have evolved, rather rapidly, in the past two decades.
Advertisement
‘India has examples of women who have risen from the ashes like phoenix and done the country proud.’

Diagonally opposite to our camp was a water tank where I sighted several women standing with colourful pots. And one thing that I could see in the queues was that the women held tiny toddlers in colourful frocks.


The little girls were blissfully engrossed in their own care-free world. What struck me at once was that the number of boys that the mothers held was far less than the girl children. Is it something that I have not seen in a while? Am I seeing a telling change in the mindset of the rural women? It did appear so!

The myriad of exercises available for women today to achieve the perfect body can leave them confused.
Advertisement
Just as I was getting busy with the screening, by mid-noon, the village chieftain came calling. A soft-spoken gentleman with a learned look, he was dressed prim and proper, not a blemish on his starched-stiff white kurta and "pagadi" (headgear).

He warmed the team of doctors with profuse appreciations for having taken to help the women of his village with the free facilities. And after exchanging pleasantries I just could not keep myself from asking him about spotting a lot of girl children in his village. To which the chieftain gleamed as his chest swelled in pride.

"The women and most importantly the families in this village have realised that a girl is a creation without which the world would not have turned into generations," he said.

"There were days when the women underwent a nightmare until they gave birth fearing that they would deliver a girl. I can recall instances when they would come to me and say that they almost felt like a sound coming from inside them and pleading, 'Mom, I don't want to come out. I feel safe here within you,'" the sarpanch said.

"But this did change after an astrologer who the people of the village had tremendous faith on started conditioning the couples that a girl child is "gruha Lakshmi" and she would bring nothing but prosperity," he added.

The sarpanch played the role of a psychologist. A counsellor, who did succeed in bringing about a change in the mindset of the not-so-educated villagers. This got me pondering.

It was not long before that the tally of girls getting killed in India under the pretext that the marriage and education of a girl is burden to the family stood at a whopping five lakh a year.

The bias against girls was often stemmed from the belief that sons were a source of income; they were the ones who do most work in the fields. They were, to simply put it, a type of insurance. So the boys were more preferred than girls.

India continues to be one of the few countries where the birth of a girl is often not welcomed with as much enthusiasm as that of boys. Daughters tend fade in the background with the birth of a son.

But on the contrary, India has examples of women who have risen from the ashes like phoenix and done the country proud. And there are also people like the sarpanch in the East Delhi village who are helping change the perception that a girl is 'only' a liability and causes expenses -- a perception which is still unfortunately widely prevalent in many parts of India,

(Rajat Arora is an Interventional Cardiologist and Medical Director at Yashoda Hospitals in Delhi. The views expressed are personal. He can be contacted at drrajat@yashodahospital.org)

Most breast lumps are caused by hormonal changes in a woman and may not be cancerous. Keeping the threat of breast cancer in mind every breast lump should be medically evaluated.
Advertisement
<< If on a Diet, Kill Urge To Eat Out
CAMTech-X to Hold Hack-A-Thons Across Five Indian Cities >>

Loram (2 mg) (Lorazepam) Accident and Trauma Care Find a Hospital Drug Side Effects Calculator Noscaphene (Noscapine) Selfie Addiction Calculator Vent Forte (Theophylline) Blood Donation - Recipients Post-Nasal Drip Blood Pressure Calculator
This site uses cookies to deliver our services.By using our site, you acknowledge that you have read and understand our Cookie Policy, Privacy Policy, and our Terms of Use  Ok, Got it. Close
×