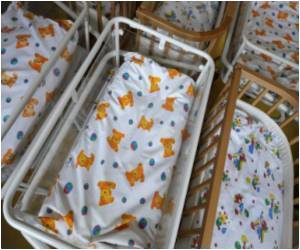 India is an unsafe place for the girl child indicated a report by The U.N. Department of Economic and Social Affairs that flashed as headlines in many newspapers and news channels in the country.

Indian society has been known for its preference for the male child.

Among the 150 countries surveyed, including countries classified as LDR (Less Developed Regions), India has the highest rate of female child mortality.


According to this new data - an Indian girl between the ages of one and five years old is 75 percent more likely to die than an Indian boy, giving the country the worst gender differential in child mortality in the world. For every 56 boys that die in this age group, there are 100 girls who die in India.
Advertisement
However, statistically with the biological benefit that girls have over boys for survival at this stage, the standard ratio of child mortality for the rest of the world is 116 boys to 100 girls.

The question is, despite several efforts of the Indian Government at national as well as state level, why are we unable to arrest this trend? Why is the situation waning despite a number of laws to prevent female foeticide and numerous schemes to encourage families to have girl children? The answer, if any, will only reveal a picture dirtier than ever.

Female infanticide has existed long before sonography and abortion techniques arrived in India. In the current scenario, the insensitive people of the same school of thought have devised new methods of putting a full stop to the lives of young infants. Today, they are not dependant on doctors or machines.

On the freezing morning of December 17, I witnessed an incidence, which hitherto I had heard about only in the news. That day, the litter bin in my neighbourhood became the carnage ground for a newborn who was ferociously being wolfed down by few canines, that too, in front of several "human beings".

By the time I reached the site, the dogs had already ripped off the body. For a moment, everything around me came to a halt and later the inevitable feeling of vulnerability, agitation and melancholy overwhelmed me into frozen inaction. How could anyone do this to their own child?

I informed a local news channel in the hope that police will follow them but much to my surprise - they came, shot the video and left saying "we have covered the news, thank you." No action was taken and that hapless newborn became simply another 'breaking news' item.

This is not a case in isolation; pick up any newspaper around you and there are numerous such cases reported; the recent ones being a mentally ill father drowning her girl child in a drain in the national capital Delhi and a two month old girl found abandoned in Haryana.

Each state in the country, it seems, has chillingly evolved their own unique ways of killing baby girls: drowning the infant in a bucket of milk, feeding her salt, or burying her living in an earthen pot are few of the "easier" options to get rid of the burden.

While visiting areas where female infanticide is practiced in India, Gita Aravamudan, author of the book Disappearing Daughters (2007), observed that the traditional methods of female infanticide can often be traced successfully, enabling investigations to be launched against them.

According to Gita, "[To avoid arrest] families adopt more torturous methods of killing [infant girls]... inducing pneumonia was the modern method. The infant was wrapped in a wet towel or dipped in cold water as soon as it was born or when it came back home from the hospital. If, after a couple of hours, it was still alive, it was taken to a doctor who would diagnose pneumonia and prescribe medicine, which the parents promptly threw away. When the child finally died, the parents had a medical certificate to prove pneumonia. Sometimes the infant was fed a drop of alcohol to create diarrhoea: another 'certifiable disease." This is the level where human sensitivity has reached today.

The PCPNDT Act 1994 (Preconception and Prenatal Diagnostic Techniques Act) was modified in 2003 to target the medical profession. What we have achieved, or not, by such laws is reflected in the current statistics. Much hard work has gone into researching the reasons behind the cruel act. Social and economical factors were found to play a crucial role.

During her research, Gita found that there was a strong link between female foeticide and factors like wealth, education, success of family planning, and medical progress.

We may find several reasons, but none would hold good when it comes to killing, leave alone gender biased killings. What makes it hard to fight is the involvement of fairly educated people. No law can change the mindset of the people which even education failed to alter. Does this situation indicate a hopeless future? If this trend of killing girl child, inside or outside the womb, continues, the entire country will bear the consequences.

More than education, we need to create awareness on the issue in every state, in every region. Community efforts are required to bring that change which no law or education has succeeded to bring till now.

The Charkha Development Communication Network feels that women themselves need to come forward and fight for the rights of their girl child. Men should participate equally in the cause. If not taken seriously, the day is not far when no girl will be available - no daughter, wife, sister or friend. A boy from Haryana bringing a girl from Orissa to get married due to a scarcity of girls in his region is just the beginning! By Kavita Kumari.

Does Human Intervention Beat Natural Selection in India?
Sex-ratio at birth in families with previous girls is worse than those with a boy, in other words .....

Infanticide on Rise in Pakistan
In Karachi lifeless bodies of two tiny babies are being given their final bath before burial....

More on the Infanticide Crisis in India
Padma Kanwar Bhatti is a defiant symbol of the toll exacted by the preference for male children in ....