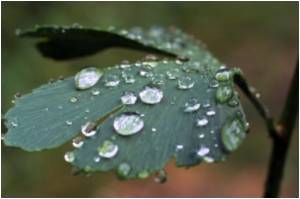 Extract from ginkgo biloba could treat inflammation and some types of pain, suggests study.

The ginkgo biloba extract EGb 761 reduces abnormal responses to heat pain (thermal hyperalgesia), with an effect similar to that of a commonly used pain reliever, said Sharron Dolan of Glasgow Caledonian University, U.K., and her colleagues.

"These studies indicate that EGb 761 may offer therapeutic benefit for the treatment of postinjury-associated thermal hyperalgesia and acute inflammation," they said.


The researchers used a standard technique to induce pain and inflammation in the paws of rats. They then compared the effects of treatment with EGb 761, a standardized gingko formulation; and diclofenac-a nonsteroidal anti-inflammatory drug (NSAID) commonly used to treat arthritis and other painful conditions.

The risk of Alzheimer's disease can be reduced by 47 percent with the long term use of ginkgo biloba extract, claims a new study.
Advertisement
These treatments were given in two different ways: local injection into the paw and central (intrathecal) injection into the spinal canal.

At both injection sites, EGb 761 had significant pain-reducing effects. In reducing thermal hyperalgesia, it was just as effective as diclofenac.

The ginkgo extract effectively reduced swelling in the paw swelling, even when injected into the spinal canal.

The report will be published in the May issue of Anesthesia and Analgesia.

Ginkgo Herbal Meds may Enhance the Risk of Seizures in Epileptics

Ginkgo may increase the risk of seizures in people with epilepsy and could reduce the effectiveness of anti-seizure drugs, a new report concludes.
Advertisement
<< Study Says Resiniferatoxin May Increase Sepsis-related Mort...
Brainwave Patterns Could Help Predict Schizophrenia, Depres... >>

Inflammation
News Archive
News Resource
Advertisement
News Category
Can Monoclonal Antibody Prevent Malaria? First Monkeypox Case in a Child Confirmed in Germany Nip Bedsores in the Bud With a Self-monitoring Mattress Dementia Risk and Heart Defects: Are They Related? How to Decipher a Baby's Cry of Pain?
More News
Sign up for Wellness Consult a Doctor Sign up for Selfcare

More News on:
Herbs that Reduce Anxiety and Depression Inflammation

Noscaphene (Noscapine) The Essence of Yoga Color Blindness Calculator Loram (2 mg) (Lorazepam) Post-Nasal Drip Accident and Trauma Care Vent Forte (Theophylline) Nutam (400mg) (Piracetam) Calculate Ideal Weight for Infants Drug - Food Interactions
This site uses cookies to deliver our services. By using our site, you acknowledge that you have read and understand our Cookie Policy, Privacy Policy, and our Terms of Use