Getting Rich on Finding Treasure Trove on Property 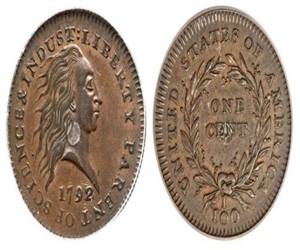 A California couple unearthed a treasure trove on their property and on auctioning the ancient gold coins, got at least a $1 million richer.

The unnamed couple uncovered eight cans filled with more than 1,400 coins in March, in what is believed to be the most valuable treasure trove ever discovered in the United States.

On Tuesday night they went on sale, and made over $1 million within the first hour, said Don Kagin of Kagin's Inc, a firm specializing in ancient coins, which valued the whole horde at $10 million.


Proceeds from the first coin to be sold, a $20 dollar piece dating from 1874 which was snapped up for $15,000, went to help the San Francisco Min's restoration fund, Kagin told AFP.
Advertisement
Nearly half the horde was sold within 24 hours of going on sale, he added.

The so-called Saddle Ridge Treasure trove is named after a feature on the couple's property in an area of northern California known for buried treasure since the Gold Rush in the 19th century.

The couple, named only as John and Mary, said they were simply taking their dog for its daily walk when they made the find.

"I never would have thought we would have found something like this. However, in a weird way I feel like I have been preparing my whole life for it," said Mary at the time.

Museums in Crimea Fear Loss of Ancient Treasures
A museum director has expressed an opinion that four Crimean museums fear they could lose hundreds ....

Ancient Treasures from Myanmar to be Exhibited for the First Time in New York
Myanmar has loaned some of its ancient treasures to be displayed in a landmark exhibition exploring ...