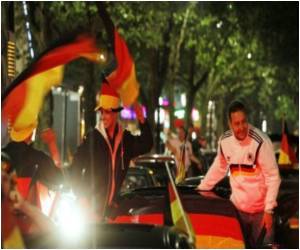 Germany's winning entry to the Eurovision Song Contest has created a stir on the internet, mobile phones and the streets making it the country's unofficial World Cup anthem.

To make the song, a group of students took the tune of "Satellite", the hit that won 19-year-old Lena Meyer-Landrut Germany's first Eurovision title for 28 years in May, changed the words and recorded it.


The students then made a video in a public park in the western city of Muenster, with bearded singer Christian Landgraf donning a long black wig and a little black dress to resemble Lena -- all in less than an hour.

The result was put online -- only last week -- and has since spread at Internet-Age speed, attracting hundreds of thousands of clicks on the YouTube website.

It has also become a popular ringtone on mobile phones.

The song was already in evidence at "fan mile" public showings of Germany's 4-0 destruction of Australia in their opening match on Sunday, and is set to become a regular fixture for the team's subsequent encounters.

Another success story this World Cup, the ubiquitous vuvuzela horn, has also been used, with the band combining the word with West Germany football legend Uwe Seeler and the Eurovision winner for their name: Uwu Lena.

The eardrum-busting vuvuzela, which has been banned from many public viewing centres in German cities -- officially because it could be used as a weapon -- also features in the video.

There was just one problem, however: the rights to "Satellite" are owned by record company EMI Music Publishing, which was none too pleased and saw copyright enfringment written all over Uwu Lena's efforts.

"This is not a cover version but a re-working of the song," EMI executive Markus Hedke told the Frankfurter Allgemeine Zeitung daily.

"Therefore the authors of the song need to give their approval."

The result was that the video had to be taken down from Uwu Lena's website -- http://www.schlandrut.com/.

But not for long.

Television personality Stefan Raab, the motor-mouth who spearheaded Lena's Eurovision campaign, intervened, and Universal Music signed a deal with Uwu Lena to bring out a single this Friday.

"We never did the song for commercial reasons," the band said in a statement.

"We had no idea that everyone would be talking about this so quickly and be the life of the party in the whole of Deut-Schland."

World Cup With Vuvuzelas
In South Africa, the focus on football is shifting to something as mundane as the African horn Vuvuzela
READ MORE 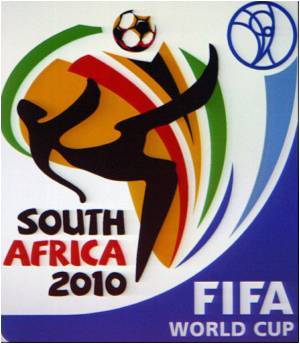 World Cup Pandemic Hasn't Breached Pretoria Yet: Fans
Amid the din of vuvuzelas and the waves of green and yellow shirts flooding the host country, there is one spot in South Africa that seems to have been a bit slow on the uptake: the capital.
READ MORE

Twitter Witnesses a Surge in the Number of Users During World Cup
The World Cup has also resulted in a huge increase in the number of users for the famous microblogging site Twitter.
READ MORE