Germany's parliament have approved a bill that allows male infant circumcision, after local court ruled that the practice was illegal because it constituted bodily harm. 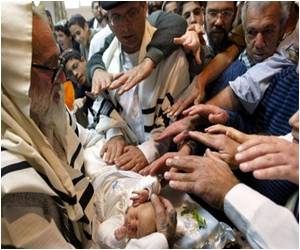 The head of Germany's main Jewish group expressed relief at the vote, which passed with 434 lawmakers in favor, 100 against and 46 abstaining.

"The circumcision law finally restores legal certainty. What's important for us is the political message of this law, which is that Jewish and Muslim life is still welcome here," the New York Daily News quoted Dieter Graumann, the head of Germany's Central Council of Jews, as saying.

According to the report, the German Government moved swiftly to draft a law following the Cologne regional court decision in June. The ruling didn't amount to a ban but raised fears of possible prosecutions.

Proponents of the law, including Chancellor Angela Merkel, noted that failure to protect circumcision would have risked making Germany the only country in the world to ban a practice that Jews and some Muslims consider an ancient and essential part of their religious traditions, the report said.

The new law grants parents the right to have their sons circumcised by a trained practitioner. Once the boy reaches six months of age, the procedure needs to be performed by a doctor, it added.

Agents used for pain management in surgical removal of the foreskin of penis in neonates are discussed.

Circumcision - To Snip or Not to Snip