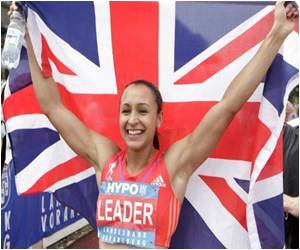 A leading German news magazine has launched an insulting attack on Britain's preparation for the upcoming London Olympics, branding the mega event as a gargantuan soggy mess.

The article in Der Spiegel rubbishes several aspects about the Games, from the clattering Tube system that will transport most spectators to Olympic venues to pavements that are too narrow and a passport control situation at Heathrow bordering on chaotic.

Risk of Measles Epidemic After London Olympics is High

Tourists returning to the US from the London Olympics could become a cause for spread of measles epidemic in the country, the United States Centers for Disease Control has warned.
Advertisement

"London and the Olympic Games are clearly not made for each other. Visitors will need determination and, most of all, patience to reach the venues at all. And, for the locals, it all can't end soon enough," The Daily Mail quoted, an rticle in Der Spiegel, as saying.


The article claims that the Olympics, which will run from July 27 to August 12, will be an 'arduous obstacle course for everyone'.

"Starting this week, the world's biggest financial centre will be gripped by a special condition usually only seen in wartime. Its 7.8million inhabitants are about to be joined by an average of 1million additional visitors per day," the article said.

It has been revealed that organizers have arranged for a record 150,000 free condoms to be packed into dispensers around Games' venues this year.
Advertisement
"The already overloaded public-transportation system will be burdened with an additional 3 million fares per day. A total of 109 miles of the city's streets will be closed off to normal traffic," the article added.

"Almost twice as many soldiers as Britain has in Afghanistan, a helicopter carrier and special forces units armed to the teeth will make the city look like it's under siege," the article further said.

The article further went on further to bash England's lifestyle, culture and even the British weather.

Interestingly, the Germans, whose last efforts at hosting the Olympic games saw Israeli athletes murdered in Munich in a security ignominy in 1972.

Vuvuzelas Among List Of Restricted Objects At London Olympics

London Olympic organizers have come under fire after releasing the list of restricted objects for 2012 venues.
Advertisement
<< Increased Levels of a Certain Fat Elevates Risk of Alzheime...
Olympic Cyclist Laura Trott Owes Her Mum a Lot for Her Succ... >>