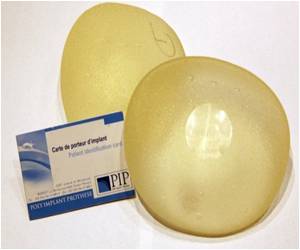 German safety standards firm TUV has been held liable for the defective breast implants that scared women from going under the knife. A French court has ordered the company to compensate distributors and victims.

The court in the southern city of Toulon ruled that TUV Rheinland had "neglected its duties of checking and vigilance" after having certified that implants made by Poly Implant Prothese (PIP) conformed to European safety rules -- even though they were subsequently found to have been made of substandard, industrial-grade silicone gel.
Advertisement

Six distributors of the faulty implants from Bulgaria, Brazil, Italy, Syria, Mexico and Romania had sued TUV for a total of 28 million euros ($38 million).


More than 1,600 women who were fitted with the implants -- most of them from South America but also from France and Britain -- were also asking for 16,000 euros each, taking the total claims against TUV to 53 million euros.
Advertisement
The court ordered the German firm to compensate "the damage (done to) importers and victims", telling TUV to give the victims 3,000 euros each while waiting for individual assessments to be conducted for each woman.

It was not immediately clear whether TUV had been ordered to pay the full sum asked by distributors and victims.

An estimated 300,000 women in 65 countries are believed to have received the faulty PIP implants, and more than 16,000 women have had them removed.

However health officials in various countries have said they are not toxic and are not thought to increase the risk of breast cancer.

Civil proceedings against TUV took place in March, and came on top of a high-profile criminal court case in April and May in the nearby city of Marseille against PIP founder Jean-Claude Mas and four other executives.

All five are charged with aggravated fraud for using the industrial-grade silicone in implants, and a ruling on that case is expected on December 10.

In the TUV case, lawyers for the distributors and victims had condemned the German firm for not ever having checked the implants despite all the means at their disposal, such as unexpected inspections or sample testing.

But lawyers for TUV retorted that it was never the German firm's job to check the actual implants, and their task was only to inspect the manufacturing process.

The substandard gel was found in 75 percent of PIP breast implants, saving the company about one million euros annually, according to an ex-company executive. The firm has since been liquidated.

Breast Augmentation
Losing sleep over the size of your breasts? Then wake up to breast enlargement! Consult us our ......

Breast Reduction Surgery
Want firm and shapely breasts? Consider the option of traveling abroad to have it done at ......