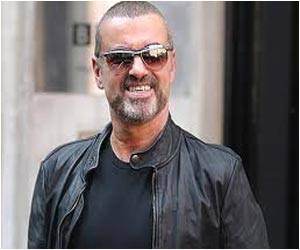 After his battle against pneumonia, an emotional George Michael thanked his doctors for saving his life.

The 48-year-old star said he had come through 'the worst month of my life' after falling ill while preparing for a concert in Vienna.

Appearing outside his North London home he spoke with the media and gave out the news that he was now on the road to recovery after surgeons had performed a tracheotomy on him and it had been "touch and go" if he would survive.


"I'm not supposed to speak for too long. Merry Christmas everyone," the Daily Mail quoted him as saying.

Asked how he felt, Michael, who had provided mince pies to awaiting reporters and photographers, revealed that he felt weak but amazing.

"I got streptococcus something. It's a form of pneumonia and they spent three weeks keeping me alive basically.

"Apparently the hospital in Austria that they rushed me to was absolutely the best place in the world I could have been," he said.

The star had been stuck up in Vienna since November 21 after falling ill with the life-threatening condition just hours before he was due on stage.

He was admitted to intensive care with 'severe community acquired pneumonia.'

"I have to believe that somebody still thinks that I have some work to do here. If I wasn't spiritual enough before the last four to five weeks then I certainly am now," he said.

The singer said that it was 'his family' which had kept him going and the thought of all the people he still had to perform before.

"And the fact that I have been so lucky, the fact I still have plenty to live for, I have had an amazing, amazing life. I'm a new man," he said.

He even returned to his Twitter page, to assure his fans that he would be back to his old self soon.

"Hey everyone, your favourite homo is home :)))," he Tweeted.

"Good Night everyone, I'm getting an early night. Thank you all so much for your patience and your prayers. Don't worry, I'll be back to my foul mouthed ranting self soon enough," he added.