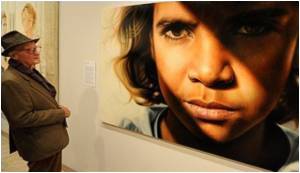 The Native American population was wiped out circa 800 A.D by a genocide that took place there, a new study revealed.

Archaeologists are basing their conclusion on crushed leg bones, battered skulls and other mutilated human remains that were uncovered in Sacred Ridge, southwest of Durango, Colo.

The number of foreigners visiting Cambodia's Killing Fields has more than doubled from last year due to growing public interest in the Khmer Rouge tribunal, an official said Friday.
Advertisement

Jason Chuipka and James Potter said that the massacre occurred as a result of conflict between different Anasazi Ancestral Puebloan ethnic groups.


"It was entirely an inside job," Discovery News quoted Chuipka at Woods Canyon Archaeological Consultants, as saying.

The remains indicate that men, women and children were tortured, disembowelled, killed and often hacked to bits - with their heads, hands and feet removed as trophies for the killers.

Report on the controversial subject of genetics called 'Eugenics' (Greek word 'good origin') in context to the recent derogatory remarks on Africans by James Watson.
Advertisement
"I think that the major event was preceded by social stress within the community that may have been exacerbated by a period of drought," Chuipka said.

"The scale of the mutilations suggests that it was planned and organized in the preceding days or weeks, and that the violence took place in a relatively short period of time-a few days," he said.

Chuipka concluded: "Sacred Ridge is a case where social relations melted down and the solution chosen was absolute and shocking."

The paper will be published in the Journal of Anthropological Archaeology.

Hitler's Holocaust may Have Stemmed from Syphilis from Jewish Prostitute

A brief encounter with a Jewish prostitute might have led Hitler to orchestrate the genocidal Holocaust, according to a new study by psychiatrists.
Advertisement
Advertisement