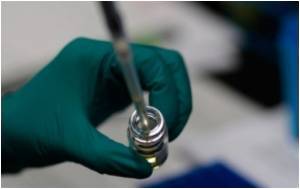 A total of 8,323 women aged 18-30 years participated in the trial at 50 sites in the United States and Canada.

At the time of their enrollment, the study participants were free of the two types of herpes simplex viruses (HSV), HSV-1 and HSV-2.


Participants in the Herpevac trial were randomly divided into two groups.

One group received the candidate vaccine, containing HSV protein along with an adjuvant intended to boost immune responses.

Chlamydia is a sexually transmitted disease affecting mainly the genito-urinary system.
Advertisement
The second, control group received a version of Havrix, a licensed vaccine against hepatitis A.

Each volunteer was vaccinated at the beginning of the study and again one and six months later. The participants were followed for 20 months after the initial injection and evaluated at each visit for HSV infection and genital herpes disease.

In two earlier studies involving men and women who did not have genital herpes but whose sexual partners were known to be infected, the candidate vaccine prevented genital herpes disease in more than 70 percent of the female volunteers who were free of HSV-1 and HSV-2 but had no clear effect in men.

In the Herpevac study, however, the investigational vaccine was ineffective in protecting against genital herpes disease.

The estimate of vaccine effectiveness was 20 percent, but all estimates have statistical uncertainty, and this effect was not substantially different from zero.

A drug used to treat genital herpes can also slow progression of the AIDS virus among co-infected patients, doctors report on Monday.
Advertisement
<< Hair Straightening Agents Could Be Hazardous To Health
Cancer can be Fought With Turmeric >>