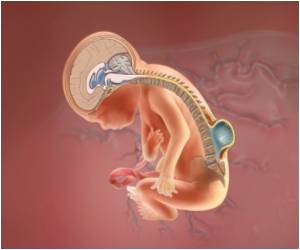 A leading geneticist has sparked outrage in the Muslim community in Britain after he claimed that the practice of "inbreeding" or allowing cousins to marry each other in Islamic communities leads to an increased risk of birth defects.

The Daily Mail quoted Professor Steve Jones, from University College London, as saying that "there may be some evidence that cousins marrying one another can be harmful."

"We should be concerned about that as there can be a lot of hidden genetic damage. Children are much more likely to get two copies of a damaged gene. Bradford is very inbred. There is a huge amount of cousins marrying each other there," he added.


However, his comments provoked fury among many Muslims in the country.

Mohammed Shafiq, chief executive of the Ramadhan Foundation, which promotes the image of Muslims in Britain, said that he is aware of many examples that marriage between cousins has been successful without having any problem with their children.
Advertisement
"Obviously, we don't want any children to be born disabled who don't need to be born disabled, so I would advise genetic screening before first cousins marry. But I find Steve Jones's comments unworthy of a professor. Using language like 'inbreeding' to describe cousins marrying is completely inappropriate and further demonises Muslims," Shafiq said.

Studies have shown that 55 percent of British Pakistanis are married to first cousins, and in Bradford, the number is 75 percent.

Other research has found that children of first cousins are ten times more likely to suffer from genetic disorders and face deafness, blindness and infant mortality.

Achondroplasia
Achondroplasia is a rare genetic disorder of bone growth that causes short-limbed dwarfism. It occur...