With the help of genetically-modified mosquitoes, researchers are looking into ways to cure Dengue.

A private company called Gangabishan Bhikulal Investment and Trading Ltd (GBIT), is testing a British technology that is aimed at controlling populations of the mosquito species Aedes aegypti that is responsible for transmitting dengue, chikunguniya and yellow fever.

Currently the experiment is being conducted in Jalna, Maharashtra. This technology has been a good success in Brazil, according to reports. Few years ago, Professor Luke Alphey of the Department of Zoology at Oxford developed the technology using genetically engineered male Aedes aegypti. He started a commercial company called Oxitec, to market his creation.


The technology involves the alteration of the genetic composition of male mosquitoes by introducing a strain called OX513A that renders them sterile. When these male mosquitoes mate with female wild mosquitoes, the gene is passed on to the offspring, which do not survive beyond the larva stage. The only way to keep them alive is by administering an antibiotic called tetracycline, which, however, is not available in nature, according to the report.

The mosquito population can come down drastically in a given area if these GM male mosquitoes are released in adequate numbers within a very short time. The average life span of the Aedes aegypti is only about 15 days.

The technology has been successfully tested in Brazil and authorized for commercial use. This technology also won several awards. Other countries including United States and Panama too are carrying out testing.

GBIT, founded by B R Barwale, a Padma Bhushan awardee who also founded the better-known Maharashtra Hybrid Seeds Company Private Limted or Mahyco, has entered into a partnership with Oxitec to use this RIDL (release of insects carrying a dominant lethal gene) technology. In September 2011, GBIT procured 10,000-12,000 GM mosquitoes from Oxitec for research.

The original set of mosquitoes has reproduced several generations of mosquitoes since then in a controlled laboratory atmosphere. Tetracycline was used to ensure that the offspring survived. The researchers at GBIT are finally ready for controlled field trials after carrying out several laboratory experiments and obtaining regulatory permissions from the government. A small number of GM mosquitoes will be released in enclosed spaces containing female wild mosquitoes.

The ability of GM mosquitoes to mate is only one of the criteria on which the future of the technology depends. For the mosquitoes to be used commercially, GBIT scientists will have to demonstrate it is environmentally safe, does not impact normal living of any other species, and is not harmful for humans. The process is similar to that for any GM product, such as agricultural crops.

Fight Dengue With Cleanliness In Small Things: Prime Minister Narendra Modi
Narendra Modi, in his radio address Mann Ki Baat said that Dengue is dangerous but prevention is easy, if we take care of cleanliness in small things.
READ MORE 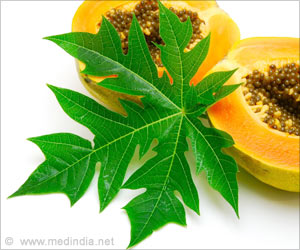 Few Home Remedies To Aid In Recovery From Dengue Fever And Control Platelet Loss
The intake of juice from crushed leaves of Papaya helps in increasing platelet count and Goldenseal leaves juice clears the dengue virus from the body.
READ MORE

Awareness Programs on Dengue and Chikungunya Intensified By Health Officials in Bengaluru
Gangmen will carry out spraying and fogging in vulnerable locations and health workers, ASHA workers have been deputed to educate the public about its spread.
READ MORE