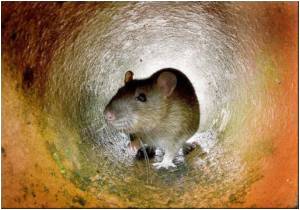 The strain of genetically defective mice, a new study has revealed, may prove a useful animal model for laboratory studies that could help scientists better understand human depression.

A unique strain of laboratory mice could have behavioural, hormonal, and neurochemical characteristics that are similar to those of human patients with drug-resistant forms of depression.

"A mouse can't tell us if it is feeling depressed, so we used a number of different kinds of tests-including some new ones that we developed-to gauge behavioral and hormonal changes, or phenotypes, of a type of depression that, in humans, does not respond well to some antidepressant drugs," said Bernhard Luscher, professor of biology at Penn State.


"These indicators include reduced exploration of novel or otherwise aversive environments, failure to escape from a highly stressful situation, and reduced pleasure-seeking behavior such as a reduced preference for sweet over plain water," he added.

Adolescent depression is an ailment that occurs during the teenage characterized by persistent melancholy, disappointment and loss of self-esteem.
Advertisement
The genetic defect in the depressed mice interferes with the function of a protein in the brain called the GABA-A receptor, which controls the response to the neurotransmitter gamma-aminobutryic acid.

"Our research shows that the GABA-A receptor is, in fact, an important part of the brain circuitry that is not working properly in depression," said Lusher.

"These facts suggests that whatever mechanism is defective in the brain is similar in both anxiety and depression," he added.

One of the interesting results of Luscher's new research is that some antidepressant drugs completely reverse the behavioral and hormonal symptoms of depression in the GABA-A-receptor-deficient mice, bringing their behavior to the level of normal, "wild-type" mice.

At the same time, the normal mice had almost no reaction to the drugs.

"This result is expected of a mouse model that mimics depression because normal people do not seem to gain anything from taking antidepressants," Luscher explained.

Luscher's team tested two kinds of antidepressant drugs in the mice and found that one of the drugs reduced symptoms of anxiety, but not of depression, whereas the other drug reduced both anxiety and depression symptoms.

"The one that did not normalize depression-related behaviors is fluoxetine-the generic name for Prozac-which works on the neurotransmitter serotonin," said Luscher.

"In human patients with a type of depression called melancholic depression, fluoxetine/Prozac doesn't work as an antidepressant but desipramine does work. These mice are a bit like those patients who don't respond to Prozac.

The research would be published in the journal Biological Psychiatry.

Suicide is an act of ending one's own life and it usually results from emotional isolations and inability to adjust and cope with one's environment.
Advertisement
<< An Eco-Island Created From Plastic Bottles: The Manmade Haw...
Simple Foetal Blood Test Soon To Predict Chromosomal Abnorm... >>