Genetic Variation Boosts Risk of Metabolic Side Effects in Children 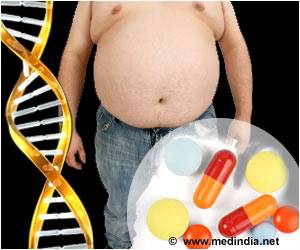 In children who are taking second-generation anti-psychotic medications, genetic variation increases the risk of developing metabolic syndrome, says study. The study showed a close association with two conditions in particular: high blood pressure and elevated fasting blood sugar levels, which is a precursor to diabetes. The research is published today in the medical research journal Translational Psychiatry.

"It's concerning because these children take medications to treat a chronic disease mental illness and then develop risk factors for a second chronic disease," says Dr. Angela Devlin, study co-author, CFRI scientist and assistant professor in the UBC Department of Pediatrics.

Schizophrenia is a mental disorder characterized by symptoms of thought, behavior and social problems.
Advertisement
For the study, researchers assessed 209 children who were inpatients between April 2008 and June 2011 at the Child & Adolescent Psychiatry Department at BC Children's Hospital, an agency of the Provincial Health Services Authority. Their average age was 13 years, and 105 of the children were treated with second-generation anti-psychotics while 112 did not use these drugs. DNA analysis showed that eight per cent of children from both groups had a genetic variation called C677T on the MTHFR gene. Children with the MTHFR C677T variant who used these medications were six-times more likely to have metabolic syndrome.

The researchers targeted the MTHFR C677T variant because it is known to be associated with metabolic syndrome in adults who have schizophrenia, and with cardiovascular disease in adults who don't have psychiatric illness.

Dr. Devlin and Dr. Panagiotopoulos say their discovery is an important step to preventing and managing metabolic complications associated with second-generation antipsychotic medications. It is critical to reduce these risks in childhood because adults with mental illness have a 19 per cent increased mortality rate that is largely due to cardiovascular disease risk.

The MTHFR gene is involved in metabolizing the B-vitamin folate.

"We now plan to assess B vitamin status and dietary intake in children who take these medications to gain a better understanding of this association," says Dr. Panagiotopoulos.

The heart is a fist-sized organ that never ceases to pump blood during its lifetime. The efficiency of the heart is reflected in its functions. Take part in the following quiz to understand the dynamics of the heart.
Advertisement
<< Study Says Lifetime Heart Risks are Higher Than Thought
Cocoa can Help Prevent Colon Cancer >>

How to Measure Blood Pressure - Animation

Sinopril (2mg) (Lacidipine) Drug Side Effects Calculator Vent Forte (Theophylline) Loram (2 mg) (Lorazepam) Accident and Trauma Care Find a Doctor The Essence of Yoga Pregnancy Confirmation Calculator How to Reduce School Bag Weight - Simple Tips Post-Nasal Drip
This site uses cookies to deliver our services. By using our site, you acknowledge that you have read and understand our Cookie Policy, Privacy Policy, and our Terms of Use