Genetic Factors That may Aid Survival from Brain Cancer Identified 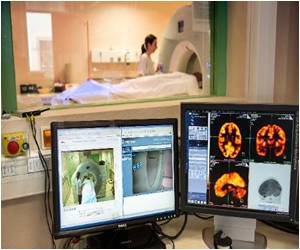 Henry Ford Hospital research team has identified specific genes that may lead to improved survival of glioblastoma, which is the most common and deadly form of cancerous brain tumor.

The molecular data is expected to aid further research into genes that either help or impede the survival of patients diagnosed with the tumor, which can invade and rapidly grow in any part of the human brain.

"Studies such as ours that help define molecular alterations associated with short-term survival likely will help define the reasons why our current treatments don't succeed in these patients," says Dr. Steven Kalkanis, M.D., a neurosurgeon and surgical oncologist at Henry Ford's Hermelin Brain Tumor Center, and lead author of the study.


"As new mechanisms of resistance are revealed and targeted agents are developed to address these mechanisms, the number of long-term survivors should increase."
Advertisement
The Henry Ford study was published this month in the journal Clinical Neurology and Neurosurgery.

The study focused on 476 patients at Henry Ford Hospital who were diagnosed with glioblastoma from 1995 to 2008. Each was randomly chosen from the Hermelin Center's brain tumor tissue bank, which holds more than 4,100 unique patient brain tumor specimens.

The patients were evaluated as part of the international Cancer Genome Atlas, to which the Hermelin Brain Tumor Center at Henry Ford Hospital was a major contributor.

Besides noting a steady rise in survival rates over the 14 years examined in the study, researchers found that the median survival time among this group rose from 11.8 months in patients diagnosed from 1995 to 1999 to 15.9 months in those diagnosed from 2005 to 2008.

After categorizing each patient as a short (less than nine months), medium (nine to 24 months) or long-term (at least 24 months) survivor, the researchers looked for relationships between survival time and patient age, gender, functional impairment, increases in tumor size, surgery and chemotherapy.

They then performed a molecular analysis of each tumor specimen and explored its relationship to short- and long-term survival.

Besides confirming earlier studies that showed improved survival of glioblastoma as new techniques and medications were introduced, the new study found:

"Among the factors which are associated with increased survival of glioblastoma patients during the time period we studied," says Tom Mikkelsen, M.D., a neuro-oncologist and co-director of the Henry Ford's Hermelin Brain Tumor Center, "is the multidisciplinary care coordinated by a dedicated tumor board as common practice for managing brain tumor patients. New expertise in neurosurgery, molecular pathology and experimental therapeutics are critical and must be personalized for each patient."

While the medical community is engaged in an ongoing debate about the usefulness of such boards, Dr. Kalkanis says his team's research found that not only are they "warranted," but "necessary" for the future treatment of glioblastoma and continuing to improve patient quality of life and survival rates.

Treatment of Child Brain Cancer With New Gene Clue
Intriguing avenues to tackle lethal form of cancer have opened up with the newly found genetic ......

Hope in the Battle Against Aggressive Brain Cancer Via Anti-Psychotic Medications
FDA-approved anti-psychotic drugs possess tumor-killing activity against the most aggressive form .....

Possible New Target for Future Brain Cancer Drugs Uncovered in Study
Study says molecule in cells that shuts down the expression of genes might be a promising target ......