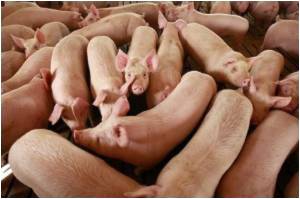 Scientists have decoded the pig genome, revealing that besides ham, bacon, the domestic swine may play a key role in fighting human diseases.

Pigs and humans share 112 DNA mutations which in Man have been linked to obesity, diabetes, dyslexia, Parkinson's and Alzheimer's, a team from the United States and Europe found.

"We have the chance to study (in pigs) how these genes interact with others to cause obesity, diabetes or other diseases," Denis Milan, head of animal genetics at France's National Institute for Agricultural Research (INRA), told AFP.


"This suggests that for some studies, including testing drugs and therapies, pigs may be a useful model for predicting outcomes in humans," added co-author Alan Archibald from the University of Edinburgh.

Diabetes has replaced every other condition to become the fastest growing lifestyle disease, globally. This disease also impacts children. Some people are more inclined to develop diabetes than others. Do you belong to the high- risk group? Spend 5 minutes to find out.
Advertisement
The domestic pig, Sus scrofa domesticus, is already used extensively in medical research, due to its anatomical similarity to humans.

Pig heart valves are being used by surgeons to replace faulty human ones.

"Now we can use pigs for looking at genetic diseases" as well, said co-author Lawrence Schook from the University of Illinois.

This could include "making genetically modified animals to create human disease models."

The sequencing of the genome also holds promise for improvements in the pig's more traditional role since being domesticated over 10,000 years ago -- that of serving as dinner.

Scientists now have more tools at their disposal to breed a new generation of super-pigs that will yield more meat for less feed, bear more piglets and resist disease better.

The team has developed a test with which they can identify individual pigs with a genetic predisposition to growing fat fast, survive long and bear many offspring.

"The DNA test information can be used... as a basis for selecting the animals which will be used to breed the next generation," explained Archibald.

The sequencing project, which saw the domestic pig's genome compared to that of the wild boar, human, mouse, dog, horse and cow, also revealed a "clear" genetic distinction between European and Asian pigs.

The ancestor of the domestic pig, which resembles today's wild boar, first emerged in Southeast Asia and migrated across Eurasia.

The two groups were separated for so long, including by ice ages, that they became almost sub-species.

The findings adds to evidence "that pigs were independently domesticated in western Eurasia and East Asia", the authors wrote in the paper published in the journal Nature.

They also found that of the species examined, pigs had the most olfactory receptor genes -- underlining the importance of smell in the scavenger animal's lifestyle.

The swine also had fewer bitter taste receptors, meaning that "pigs can eat food that is unpalatable to humans" -- another reason they have become such a highly valued farm animal.

Alzheimer's disease is a complex brain disorder that triggers the most common form of dementia. The slide show will show how patients need support and care as dementia progresses.
Advertisement
<< New Method Confers Tolerance to Malaria
Teens With Emotional Problems can Take to Dance >>