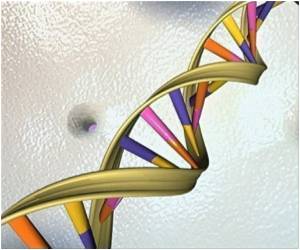 Important molecular and genetic keys to the development of soft-tissue sarcomas have been uncovered by Joslin Diabetes Center researchers.

Published in the Proceedings of the National Academy of Sciences, the study identified two major molecular signaling pathways (the Ras and mTOR pathways) that are common in tumor growth and development. These molecular pathways regulate cell growth and division, two cellular properties whose over-activation are hallmarks of cancer biology.

"In humans, some sarcomas respond to chemotherapy," says lead author Amy J. Wagers, PhD, an associate professor of stem cell and regenerative biology at Harvard Medical School and Joslin Diabetes Center, "but many don't. With these findings, we have vetted a list of new candidate targets whose inhibition may lead to regression of these tumors. "


Many soft-tissue sarcomas, which develop in certain tissues such as bone and muscle, carry specific genetic mutations or unique gene signatures, which can allow scientists to develop more precise, targeted therapies. Wagers and her colleagues engineered a tumor system in mice by introducing into mouse skeletal muscle a cancer-carrying gene, or oncogene, known to cause tumors in humans. They used this engineered system to identify a small set of genes that are active in sarcoma tumors.

Cancer, is the second most leading cause of death worldwide. Cancer is not just one disease but many diseases. There are more than 100 different types of cancer. Take this quiz on and test how much you know about cancer.
Advertisement
There are many different types of soft-tissue sarcomas, which develop in tissues that connect, support or surround other structures and organs, including muscle, tendons, nerves, fat and blood vessels. If diagnosed early, treatment, primarily through surgical removal of the tumor, radiation therapy or chemotherapy, can be effective. If the tumor has spread, however, the tumor can be controlled only for a period of time, but treatment does not often cure the disease.

By inducing these tumors in mice, Wagers says the scientists knew when the tumors would form in the mice and where in the body they would develop, which helped them better understand the molecular and genetic pathways underlying the disease. With this knowledge, researchers may be able to develop new intervention strategies that interfere with these genetic activities and stop the growth of this type of tumor.

"With the engineered system we developed, we can find new fragile points in the tumor to target," says first author Simone Hettmer, MD, a pediatric oncologist at the Dana-Farber/Children's Hospital Cancer Center, who treats children with these tumors. In addition, she adds, the system allows scientists to look at the genetic changes in sarcomas and how they interact with the development of tumors and can be applied to sarcomas in tissues other than skeletal muscle.

Surprisingly, says Wagers, the researchers found they could induce tumors using several different "beginning" cells. The scientists generated tumor cells using stem cell-like cells that go on to make either muscle or other connective tissues. Tumors that develop from muscle cells were rhabdomyosarcomas, the most common form of soft-tissue sarcoma seen in children, while tumors that developed from non-muscle cells represented other types of sarcoma.

Wagers and her colleagues are now working on establishing a similar engineered model using human cells to test the effectiveness of anti-sarcoma medications. These preclinical experiments are designed to identify the most promising candidates for the treatment of soft-tissue sarcoma that ultimately will be pursued in human clinical trials. Early studies have identified several chemical compounds that, in cell cultures at least, appear to slow the growth of sarcoma cells.

A study that investigated bone fluoride levels in individuals with osteosarcoma, which is a rare, primary malignant bone tumor that is more prevalent in males has been released
Advertisement
<< HIV Positive Doctors may be Allowed to Work in NHS
Brain Training Software Effective in Improving Cognitive Fu... >>

Blood - Sugar Chart Daily Calorie Requirements Color Blindness Calculator Drug - Food Interactions The Essence of Yoga Find a Doctor Indian Medical Journals How to Reduce School Bag Weight - Simple Tips Drug Side Effects Calculator Noscaphene (Noscapine)
This site uses cookies to deliver our services. By using our site, you acknowledge that you have read and understand our Cookie Policy, Privacy Policy, and our Terms of Use