A new molecular pathway critical for maintaining the smooth muscle tone that allows the passage of materials through the digestive system is being identified by researchers at UMass Medical School.

This finding, based on studying calcium ion-controlled pathways in mice, may lead to new treatments for a host of digestive disorders ranging from common gastroesophageal reflux disease (GERD), to swallowing disorders, incontinence and pancreatitis. Details of the study were published in Nature Communications.


"We are excited about the potential to target identified genes to treat disorders such as reflux and incontinence," said Ronghua ZhuGe, PhD, associate professor of microbiology and physiological systems and a senior author of the study. "Knowing how these muscles stay contracted for such long periods of time will allow us to develop potential new treatments for these diseases. The next step is to see whether this molecular mechanism in mice also operates in humans."


‘Human body contains a number of ring-shaped structures made of smooth muscle,which operates by generating force, as the muscle motor protein myosin and actin filaments move past each other.’


The human body, and those of other mammals, contains a number of ring-shaped structures made of smooth muscle encircling openings in hollow organs such as the intestines and bladder called sphincters. Smooth muscle is involuntarily controlled, unlike the muscles we use to walk, for example, so that we don't need to consciously move digested food from stomach to small intestine. Dysfunction in the sphincters, either structurally or functionally, can have severe consequences leading to diseases that impair the ability of the muscle to contract or relax. This can lead to achalasia, which makes it difficult to swallow; gastroesophageal reflux disease (GERD), which allows stomach acid to enter the esophagus or incontinence of the bowels.

"A healthy sphincter opens transiently but remains closed most of the time, maintaining a basal tone. This basal tone requires constant generation of force produced by the contraction of smooth muscle cells that make up the sphincters," said Dr. ZhuGe. "However, the genetics governing how the sphincter smooth muscle stays contracted for such long periods of time remains unknown."

Smooth muscle operates by generating force as the muscle motor protein myosin and actin filaments move past each other. This happens after a molecule called the myosin regulatory light chain (MLC) is turned on through a common molecular transformation called phosphorylation. How much phosphorylation takes place is controlled by the relative amounts of two enzymes; calcium dependent MLC kinase (MLCK), which promotes phosphorylation, and calcium independent MLC phosphatase (MLCP), which reverses phosphorylation. Through this process, contraction and relaxation of the muscle is achieved.

"Although previous biochemical studies suggested that lower MLCP activity may be related to the basal tone of this sphincter, our genetic study indicates this doesn''t seem to be the case. It turns out MLCK is essential for the tone formation," said ZhuGe. "This prompted us to look for specific calcium signals that regulate MLCK."

Co-author Lawrence Lifshitz, PhD, associate professor of molecular medicine at UMMS, said, "Calcium signaling is our favorite subject. We originally hypothesized that localized releases of calcium inside the cell, near target ion channels, might do the trick, as we knew that such releases can regulate the contraction of smooth muscle in blood vessels and airways."

But experiments showed that these local calcium releases have no direct role in muscle tone. Instead, three types of ion channels act in concert to generate a rise in cytosolic calcium which eventually results in MLCK activation and muscle tone.

To test this hypothesis, ZhuGe's group teamed up with Minsheng Zhu, PhD, at Nanjing University in China, to generate a line of mice in which one of these channels could be turned off in smooth muscle only. "These mice were a powerful tool for establishing our hypothesis," said ZhuGe. "They helped us identify the Tmem16a (also called Ano1) gene as a critical component for basal tone formation and fecal continence. When we were able to turn off the TMEM16A channels in these mice, they lost the majority of the basal tone and became incontinent. "

Identifying the genes underlying sphincter basal tone is an important step towards understanding sphincter disorders and developing new treatments for them. "The treatment options for fecal incontinence are very limited," said Jennifer S. Davids, MD, assistant professor of surgery at UMass Medical School. "One reason for this is our lack of understanding of the molecular basis of sphincter tone and fecal continence. If we can target specific genes, it's possible we can improve treatment options." 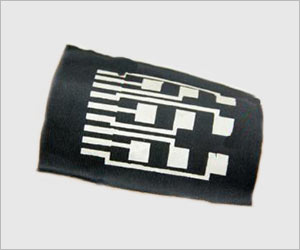 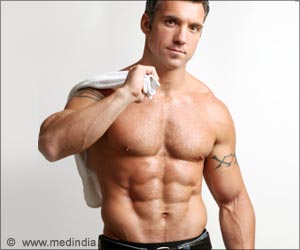 Steroids for Muscle Building Causes Joint Problems in Youth
Excess use of steroids and supplements causes loss of blood supply to the bones and cells in the joints causing pain and difficulty in movement.
READ MORE 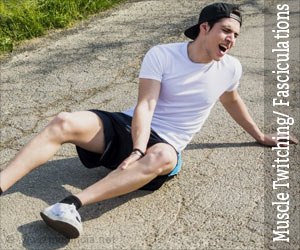 Muscle Twitching
Involuntary muscle twitching occurs as repetitive muscle spasms in a group of muscles. The cause of muscle twitches determines the treatment procedure and outcome.
READ MORE