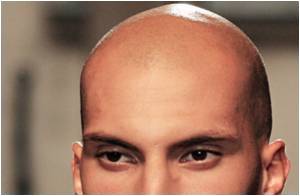 Eight genes causing alopecia areata, an autoimmune skin disease that, in turn, could lead to total or partial loss of hair have been identified by American researchers.


This discovery, therefore, is expected to lead to effective clinical trials.

Dr. Christiano said: "Finally, we have the possibility of developing drugs that specifically target the mechanism behind the disease."

We introduce you to the reasons behind severe hair fall and measures to undertake in order to curb the menace.
Advertisement
Vicki Kalabokes, president and CEO of the National Alopecia Areata Foundation, said: "This research is very exciting as alopecia areata affects a huge number of people worldwide, and there are very few treatments for it-resulting in an enormous unmet medical need. Hair loss creates daily life issues, especially for children who experience social stigma. It affects their quality of life and can lead to long-term psychosocial impact."

Contributing to the emotional impact of alopecia areata is the nature of the disease itself. Alopecia areata is a cyclical disease having bald patches appear and, in most cases grow back, only to appear again. In many instances, the bald patches can progress to a more extreme, yet rare, form of the disease, alopecia totalis which is total scalp hair loss or alopecia universalis, resulting in the total loss of all body hair.

Included in Dr. Christiano's discovery, however, is the ability to now predict with accuracy the progression of the disease in a patient. Using the number of genes associated with disease as the marker, a genetic test has been created that can indicate the severity of disease. For the patient, this means that one will be able to determine the likelihood of their bald patch progressing to complete body hair loss. '

The study appears in the journal Nature.

A new gene involved in hair growth has been identified by a team of investigators from Columbia, Rockefeller and Stanford Universities.
Advertisement
<< Missing Baby's First Word - the Reality for 1 in 20 Working ...
All-New Fitness Regime That Equips You to Handle the Zombie... >>