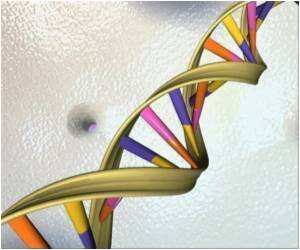 A new study has revealed that a new gene therapy approach can reverse hearing loss caused by a genetic defect in a mouse model of congenital deafness.

The findings present a promising therapeutic avenue for potentially treating individuals who are born deaf.

Previous research has indicated that precise diagnosis of disease and developmental syndromes often depends on understanding the genetics underlying them.
Advertisement

"This is the first time that an inherited, genetic hearing loss has been successfully treated in laboratory mice, and as such represents an important milestone for treating genetic deafness in humans," senior study author Lawrence Lustig of the University of California, San Francisco, said.


Hearing loss is one of the most common human sensory deficits, and it results from damage to hair cells in the inner ear.

About half of the cases of congenital hearing loss are caused by genetic defects. However, the current treatment options-hearing amplification devices and cochlear implants-do not restore hearing to normal levels.

Kids with hearing impairment can be rehabilitated to live normal life with appropriate intervention by trained professionals and cooperative parents. 'Little Flower Convent for the Deaf' shows how....
Advertisement
Correcting the underlying genetic defects has the potential to fully restore hearing, but previous attempts to reverse hearing loss caused by genetic mutations have not been successful.

Addressing this challenge in the new study, Lustig and his team used mice with hereditary deafness caused by a mutation in a gene coding for a protein called vesicular glutamate transporter-3 (VGLUT3).

This protein is crucial for inner hair cells to send signals that enable hearing. Two weeks after the researchers delivered the VGLUT3 gene into the inner ear through an injection, hearing was restored in all of the mice.

This improvement lasted between seven weeks and one and a half years when adult mice were treated, and at least nine months when newborn mice received the treatment.

The therapy did not damage the inner ear, and it even corrected some structural defects in the inner hair cells. Because the specific gene delivery method used is safe and effective in animals, the findings hold promise for future human studies.

"For years, scientists have been hinting at the possibility of gene therapy as a potential cure for deafness," Lustig said.

"In this study, we now provide a very real and big step towards that goal," Lustig added.

The study was recently published by Cell Press in the journal Neuron.