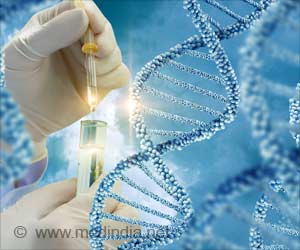 A gene that could make immunotherapy treatments, specifically checkpoint inhibitors, work for a wider variety of cancer patients has been discovered by a team at Fred Hutchinson Cancer Research Center. The study, published today in Developmental Cell, found that when the DUX4 gene is expressed in cancer cells, it can prevent the cancer from being recognized and destroyed by the immune system.

The team, led by Drs. Robert Bradley and Stephen Tapscott, looked at the gene expression profiles of nearly 10,000 cancers from 33 different cancer types and discovered that DUX4, a gene mostly known for its link to a specific muscular dystrophy (facioscapulohumeral dystrophy, or FSHD), consistently presented itself in many different solid tumors, including cancers of the bladder, breast, lung, kidney and stomach. DUX4 prevented immune cells from recognizing the cancer cells, so that patients whose cancers expressed the gene were less likely to respond to immunotherapy. Because DUX4 is expressed in many cancers, blocking its activity might increase the success of immune checkpoint inhibitors.

"Immunotherapy can be incredibly powerful against previously untreatable cancers, but it isn't effective yet for most patients," said Bradley. "Understanding the mechanisms that prevent the immune system from identifying and attacking tumors is a first step toward finding cures for all cancer patients."


Tapscott, who has previously studied the role of DUX4 in early development and in FSHD muscular dystrophy, notes the findings are an example of how the rapid, but regulated, growth in early development can be re-activated in cancers as rampant and unregulated cell growth. DUX4 is normally expressed in early development, when embryonic cells need to evade detection by the maternal immune system.

Cancer immunotherapy is a new advancement in cancer treatment that uses certain components of a person''s immune system to fight against cancer cells.
Advertisement
Tapscott further notes there is no increased cancer risk in individuals with FSHD, which indicates the cancer cells are using DUX4 as a developmental tool to avoid the immune system, but not as a driver that causes cancer.

Bradley and Tapscott hope their work will eventually lead to the development of DUX4-targeted treatments that will enhance the success of immunotherapies for a broad range of cancers.

Cancer, is the second most leading cause of death worldwide. Cancer is not just one disease but many diseases. There are more than 100 different types of cancer. Take this quiz on and test how much you know about cancer.
Advertisement
<< Nations With Strong Women's Rights Likely to Have Better Pop...
Single Measurement Helps Predict Knee Injury Risk >>

What are your chances for developing some common cancers in your lifetime - find out now.