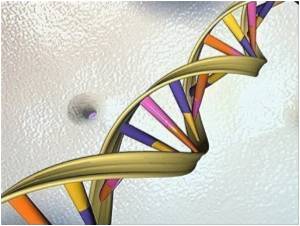 A new group of gene mutations causing heart defects has been identified by scientists in Sydney, Australia, who hope that this finding helps in developing treatment procedures.

The study published in the journal Human Molecular Genetics, revealed that genes which do not appear in the embryonic heart tissue do influence its structure. The researchers claim that there could be a genetic underpinning to heart defects like ventricular and atrial septal defects, commonly known as holes in the heart.

Sally Dunwoodie, the head of the embryology laboratory at the Victor Chang Cardiac Research Institute in Sydney, and the research team used mice in their study to show that heart defects could be triggered off by faults in a gene called Cited2, which is not involved directly in heart development but instead is linked to the precise asymmetrical layout of internal body structures.


The study also revealed that not all who had the mutated gene had children with heart defects. A healthy diet and lifestyle could have helped in the production of proteins which helped in the developmental stage.

Patent Ductus Arteriosus is a congenital defect of the heart where the fetal passage between pulmonary artery and aorta remains open and causes excess pulmonary blood flow.
Advertisement
Yet, the study established that the heart was being impacted by the activity of the gene. Before this study only six heart defect genes had been identified and as they were not present in all cases, there was no explanation that could be given to 80 per cent of parents who were anxious about their child's heart. Now, this study opens up new avenues in the DNA to be investigated for other responsible genes.

Identifying the responsible gene will not only help in treatment strategies, but also in planning a family, not just by the parents now, but also by the children who grow up with congenital heart defects.

And with the burgeoning number of children with heart defects in Australia, this is relevant research indeed.

A structural birth defect means that a specific body part is missing or mal-formed during the embryonic development.
Advertisement
<< Report: Mary Poppins' 'Spoonful of Sugar' may Not be Best W...
Hong Kongs Problem With Maternity Tourism >>

The heart is a fist-sized organ that never ceases to pump blood during its lifetime. The efficiency of the heart is reflected in its functions. Take part in the following quiz to understand the dynamics of the heart.
Advertisement
News A-Z
A B C D E F G H I J K L M N O P Q R S T U V W X Y Z
What's New on Medindia

Sinopril (2mg) (Lacidipine) The Essence of Yoga Daily Calorie Requirements Drug Side Effects Calculator Hearing Loss Calculator Pregnancy Confirmation Calculator Sanatogen A-Z Drug Brands in India Post-Nasal Drip Find a Doctor
This site uses cookies to deliver our services.By using our site, you acknowledge that you have read and understand our Cookie Policy, Privacy Policy, and our Terms of Use  Ok, Got it. Close
×