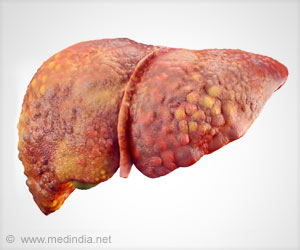 A genetic relic believed to safeguard some people in 14th century Europe from the bubonic plague, today was found to protect HIV patients co-infected with hepatitis C from potentially fatal liver scarring, states a University of Cincinnati (UC) College of Medicine physician-scientist.

Kenneth Sherman, MD, PhD, director of the UC Division of Digestive Diseases, led a team of scientists looking at how the CCR5-delta 32 gene mutation could protect HIV patients. The study's results are available online in the journal Clinical Infectious Diseases.

Advertisement
‘The gene mutation would confer an advantage to individuals who have it in terms of their lowered risk of developing progressive liver fibrosis.’

Sherman says he and a team of researchers from UC, the University of Maryland and the North Carolina-based Research Triangle Institute studied the blood samples of two cohorts of patients--one included individuals enrolled in the Multicenter Hemophilia Cohort Study, which included hemophilia patients who in the 1980s received untreated blood products contaminated with HIV and hepatitis C virus.


"If they did not succumb to complications of HIV early on, many of them went on to have rapidly progressive liver disease that we now know occurs in the setting of untreated hepatitis C and HIV infection," says Sherman, also Gould Professor of Medicine and a UC Health physician. "This is a group that has a rapid progression of liver fibrosis. The question we asked, 'Is there is a subset of people who carry the gene that leads to a defect in CCR5, which is a receptor for some key elements of the immune system that modulate inflammation?'
Advertisement
"We identified within that cohort a group of patients for which there were serial samples collected over a period of four years on average and we classified those using biomarkers of fibrosis progression and whether or not they carry the mutation in CCR5 called the CCR5-Delta 32 mutation," says Sherman.

Previous studies have suggested that the CCR5-delta mutation was enriched in people of European descent and then passed down by the survivors of the Black Death which swept Europe in the 14th century killing up to a third of its population. It confers a survival advantage to those infected with HIV because HIV uses the CCR5 receptor to enter immune cells, explains Sherman.

"We matched patients with and without the gene mutation and used measures of hepatic fibrosis that involved the use of a biomarker panel called the ELF Index (enhanced liver fibrosis).

A second cohort of patients in the study included HIV patients who had no known liver disease and were enrolled in a clinical trial testing a new experimental drug called Cenicriviroc. It has the ability to block CCR5, a protein that is the main chemokine receptor on the body's immune cells or T-cells, and is used by HIV to enter and kill those defenders of the body.

Cenicriviroc could also block a second receptor known as CCR2. Patients in this trial were given the drug to see its effectiveness in battling HIV. Samples from the trial were utilized to determine the ELF Index. Patients with HIV who received a higher dose of Cenicriviroc showed a decrease in liver fibrosis (scarring) markers over a one-year period, explains Sherman. Liver scarring can cause life-threatening liver failure.

He says this is important to know because in HIV patients many processes--not just viral processes-- can lead to liver scarring. "If CCR5 and/or CCR2 lead to a decrease in fibrosis regardless of the source of it, we can prevent the consequences of liver injury," says Sherman.

"Medications that people take for HIV treatment sometimes cause fatty liver, and other forms of liver injury," says Sherman. "Following infection with HIV, the gut bacteria leak into the circulation, a process known as bacterial translocation. One of the liver's jobs is to clean bacterial toxins before they get to the rest of the body. Unfortunately, the liver itself is sometimes injured following exposure to bacterial breakdown products, causing injury and scarring.

"We don't have agents that protect the liver from non-specific injury at this time. If CCR5 and CCR2 are central to the pathways that lead to liver scarring then perhaps that injury can be modulated through CCR5 and CCR2 blockade," says Sherman. "It is possible that someday all patients with HIV may be treated with a blocking agent as part of their HIV drug cocktail designed to protect the liver and regain and maintain liver health."

Patients With Fatty Liver Disease and Cirrhosis at Increased Risk of Liver Fibrosis
Liver fibrosis is not an independent disease but rather a histological change caused by liver ......

A Simple Blood Test Sets A New Standard In The Assessment Of Liver Fibrosis
Liver fibrosis can now be diagnosed and assessed for severity using a cost-effective blood test ......