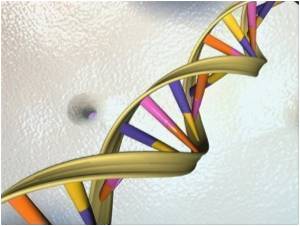 Single gene study has uncovered clues to memory and learning. Scientists have explored the function of WRP gene that governs how neurons form new connections. The finding may also provide insights into a form of human mental retardation.

In a study published in the Journal of Neuroscience, the scientists explored the gene WRP's functions in the brain cell (neuron) and then demonstrated how acutely memory and learning are affected when WRP is missing in mice.

"Human genomics studies have opened the floodgates of information that will benefit people with many different diseases," said Scott Soderling, an assistant professor in the Duke department of cell biology. "But it is impossible to correct something without knowing what the exact underlying problem is."


The researchers knew from earlier human research into the genetics of one individual that when WRP is disrupted, there might be a possible link with severe mental retardation.

Autism is a neurodevelopmental disorder typically characterized by impaired social and communication skills combined with repetitive movements.
Advertisement
The group conducted experiments using neuronal cells in a lab dish which showed that cells enriched with WRP went on to form many filopodia, finger-like protrusions that neurons use to connect with one another.

Without WRP, neurons ultimately were defective in making filopodia,which meant they could not make the correct number of connections, called synapses.

In studies on mice with and without the WRP gene, the researchers were able to see behavior differences.

In one experiment, they tested normal and WRP-deleted mice for their behavior in recognizing a previously unseen toy versus a familiar toy.

A mouse with the gene will typically spend less time investigating a toy it has seen before, but the knockout mice spent the same amount of time each toy, suggesting they don't remember the toy they saw yesterday.

"There was a striking difference between the groups of mice," said Soderling, who is part of the Neonatal Perinatal Research Institute. "The mice without WRP had difficulty learning and didn't display typical memory ability in several experiments."

"Because the excitatory synapses that we are studying form their connections right after birth in humans, we think these specific pathways may even provide an opportunity for early intervention after birth," Soderling said. "Abnormalities in these types of synapses have been linked to mental retardation, and also to schizophrenia and fetal alcohol syndrome, where there are abnormalities that could later affect learning and memory."

"What surprised me most is that we had a preconceived notion that WRP would be part of a process that helped the neuronal cell surface fold inward," said lead author Benjamin Carlson, a graduate student in the Soderling lab. "Eventually we figured out it was just the opposite. When we placed the WRP protein on the inside of the neurons, we could see these buds forming out of the neurons, which then became the longer filopodia and synapses. It is rewarding when you finally think through the possibilities and take a different approach that turns out to yield something valuable."

Soderling credits his collaborators in the Duke Transgenic Mouse and Bacterial Recombineering Core Facility, which helped to produce the right type of mouse for the research.

Vital Clues to Cause of Mental Retardation Found: New Study

Rockefeller University researchers suggest that developing neurons don't just need the right genes to guide them as they grow, they need access to the right genes at the right times.
Advertisement
<< Learn and Play - Stealth Assessment
Math Skills Begin Early >>