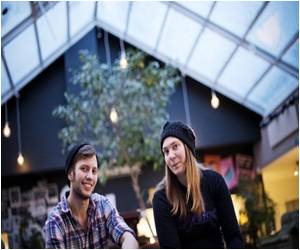 Women are spending around 11 weeks and 3 days toiling away for free, while their male colleagues get paid, study.

According to an analysis for The Huffington Post by Ariane Hegewisch at the Institute for Women's Policy Research, since American women workers make on average 77.4 percent of what their male counterparts make in a year, that means they have to work 22.6 percent more days to make as much money as men.

Hegewisch's analysis assumes American employees work 260 days per year (a full 52 weeks without vacation). In that time, women are working about 59 days for free that their male colleagues are getting paid for.


Ladies' free labour is just one of the many consequences of the gender wage gap, and that earning gap starts within the first year of a woman's career.
Advertisement
According to a fact sheet from the Democratic Policy and Communications Center, women make 434,000 dollars less than men on average over the course of their careers.

Politicians are taking steps to address the gender pay gap, but with female workers only comprising 6.2 percent of top-earning positions, progress may be slow, the report said.

Lawmakers recently introduced the Paycheck Fairness Act, which aims to address the gender wage gap by making it easier for women workers to compare salaries with their male counterparts, among other provisions.

However, at the current rate of progress on the issue, the gender wage gap won't close until 2056, according to an analysis from IWPR, which totals up to 2,537 days of free women's work.

Source: ANI
Advertisement
<< Skipping Meals in Childhood Could Cause Depression and Pain...
Growth Factor for Brain Tumor in Children Identified >>

Myth of Maths gender Gap Amid Boys and Girls Clarified
The long believed claims of girls having lower mathematical skills than boys because of difference ....

International Report Shows Women Still Struggle to Close Gender Gap in Jobs, Wages
Data from a study of 135 countries showed on Wednesday women are moving ahead to close the gender .....