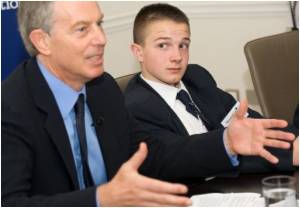 A new survey has revealed that contrary to popular belief, generation Y workers are no more assertive in their career ambitions than more experienced employees.

According to specialist finance recruitment firm Robert Half, companies need to be careful not to alienate more tenured employees by appearing to pander to the needs of Generation Y.

Generation Y appear to harbour wrong notions about HIV spread, as recent research has pointed out that 45 per cent think the disease can be contracted by mosquito bites.
Advertisement

The group's survey of 300 CFOs and finance directors found 38 percent believe Gen Y employees were the most difficult to recruit into finance and accounting roles, compared with 24 percent for Generation X and 10 percent for baby boomers.


Nearly half of the employers said Gen Y staff were the hardest to retain, compared with Gen X (18 percent) and baby boomers (six percent).

Some 62 percent of bosses attributed this to high expectations among Gen Y workers for career advancement, followed by expectations for remuneration (53 percent) and work-life balance (41 percent).

A survey has found that almost 19.7 percent would reject a job offer if they did not have reasonable access to social media sites such as Facebook.
Advertisement
But Robert Half director Andrew Morris said that while baby boomers and Gen X worker might be easier to retain, they also don't expect their careers to stand still.

"In fact, the priorities of more experienced employees closely match the expectations of Gen Y," News.com.au quoted him as saying in a statement.

88 percent of executives who cited challenges in retaining baby boomers attributed the difficulty to high expectations for career advancement, followed by expectations for remuneration (71 percent) and work-life balance (47 percent).

Similarly, of those employers who said retaining Gen X was a challenge, 63 percent cited career advancement, followed by expectations for remuneration (43 percent) and work-life balance (39 percent).

Selfie Addiction Calculator Diaphragmatic Hernia Accident and Trauma Care The Essence of Yoga Find a Doctor Hearing Loss Calculator A-Z Drug Brands in India Sinopril (2mg) (Lacidipine) Noscaphene (Noscapine) Color Blindness Calculator
This site uses cookies to deliver our services. By using our site, you acknowledge that you have read and understand our Cookie Policy, Privacy Policy, and our Terms of Use