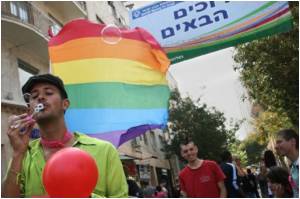 But they admitted legislation is not on the cards in the strongly Catholic country, where homosexuality is still a social taboo and relatively few people choose to be openly gay.

Homosexuals and their supporters filled Sao Paulo's main avenue Sunday for an annual Gay Parade that organizers claimed was the biggest in the world with an estimated three million participants.

"We demand a civil partnership law," read a massive banner at the head of the colourful Europride parade which wound through the Polish capital in sweltering heat close to 40 degrees Celsius (104 Fahrenheit).


"We're hoping to open up a debate on the topic of affording legal status to the partnerships of gay and lesbian couples but we're not optimistic such legislation will be passed anytime soon," Jacek Adler, editor in chief of the www.gaylife.pl Polish gay lifestyle website, told AFP.

Activists took to the streets here Sunday to mark the 40th anniversary of the Stonewall uprisings that became a defining moment of the gay rights movement.

Opinion surveys show that 80 percent of Poles oppose gay marriage and 93 percent believe gay and lesbian couples should not have the right to adopt children. Two out of three Poles oppose gay demonstrations.

Saturday's event is the first time the annual Europride parade is being held in an ex-communist state. Last year's, in Zurich, Switzerland, attracted some 50,000 people.

Marchers, some from as far away as Vancouver, Canada, jived along the route to hits by gay icon Kylie Minogue among others, but the parade was a more low-key affair than annual counterparts elsewhere.

"I don't think Poland is as homophobic as some people think it is, but for whatever reasons, people are still uncomfortable with the issue of homosexuality," Ken Coolen, director of Vancouver's gay pride parade told AFP.

"It's the midst of a change here in Poland, where more people are coming out," he said.

"We want to be in solidarity with Polish gay and lesbians and we want also to show the police in Poland that there is no problem to be openly gay in the police," Stockholm policeman Goran Stanton, who also serves as head of the Association of Gay Police of Sweden, told AFP.

Some 2,000 police officers, some clad in riot gear, were on hand to provide security against possible counter protests by far right groups.

The march passed on largely unhampered apart from an incident when eggs and bottles were hurled at protestors by some people trying to block the parade. Eight people were detained for attacking police officers, reports said.

Catholic groups opposing homosexuality distributed pamphlets to parade goers with an image of Jesus Christ saying: "I have not come to condemn but to redeem."

They also held prayer vigils at local churches "in the intention of redeeming parade participants."