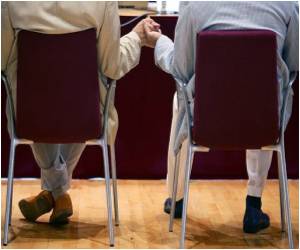 Scotland will soon allow same-sex couples to marry by bringing forward legislation, making it the first part of the UK to do so, the government announced on Wednesday.

Deputy First Minister Nicola Sturgeon announced the decision as "the right thing to do", saying the government was "committed to a Scotland that is fair and equal".

It intends to publish draft legislation late this year.


The announcement came after nearly 80,000 people took part in a consultation with the government on the issue, which was backed by politicians from all the main Scottish parties.

Is there a shift in social attitude towards homosexuals and HIV infected people in India. Find out about this and other aspects in an exclusive interview with Anjali Gopalan of Naz Foundation, Delhi.
Advertisement
The consultation recorded 65 percent support for same-sex marriage.

Equality campaigners called the decision "a proud day for Scotland", but the move was quickly slammed by the Catholic Church, which labelled it a "dangerous social experiment".

A spokesman for the Catholic Church in Scotland said: "The Scottish government is embarking on a dangerous social experiment on a massive scale... the church looks much further than the short-term electoral time-scales of politicians."

No religious body will be compelled to perform the ceremonies, the government said.

Jaye and Ruth Richards-Hill, a lesbian Christian couple from Glasgow, said: "We are no longer treated like second-class citizens by our government. We are thrilled that we can now get the religious wedding that we deserve."

A draft bill will now be published later this year.

The UK Government has pledged to legalise gay marriage by 2015 despite opposition from some members of the Conservative party, the biggest party in the coalition government.

The Scottish government, headed by the pro-independence Scottish National Party, has devolved powers from London which allows it to make its own laws on issues including home affairs.

Homoesexuality (or) Same Sex Love is the hottest most discussed human trait. There has been a hunt for a Gaye gene in order to lend credibility to a growing cause.
Advertisement
<< Effects of Certain Drugs in the Body Could be Intensified by...
Stroke Affects Women More Than Men: Study >>

Is Life Better Staying Single or Getting Married?
News Archive
News Resource
Advertisement
News Category
Beauty Regime for All Skin Types Tale of Love Hormones Shaping our Responses to Society How to Reduce Needle Anxiety in Children? Tobacco Addiction: Here's How to Break the Habit Parents are 'Winging It' on Their Kids' Mobile Use
More News
Sign up for Wellness Consult a Doctor Sign up for Selfcare

Drug Side Effects Calculator Drug Interaction Checker Nutam (400mg) (Piracetam) Iron Intake Calculator Pregnancy Confirmation Calculator Accident and Trauma Care Post-Nasal Drip Blood - Sugar Chart Indian Medical Journals The Essence of Yoga
This site uses cookies to deliver our services. By using our site, you acknowledge that you have read and understand our Cookie Policy, Privacy Policy, and our Terms of Use