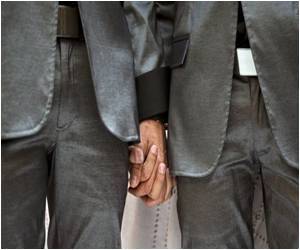 Gay marriage is more harmful for the health than smoking, according to the head of a Christian political lobby in Australia.

The head of the Australian Christian Lobby (ACL), Jim Wallace, said that health statistics among the gay community were worse than those for smokers.

The German coalition government revealed new fault lines over proposals for a tax reform providing the same tax benefits for registered gay couples as those enjoyed by married couples.
Advertisement

Wallace's remarks came in a debate on marriage equality at the University of Tasmania, the Sydney Morning Herald reports.


"I think we're going to owe smokers a big apology when the homosexual community's own statistics for its health - which it presents when it wants more money for health, are that is has higher rates of drug-taking, of suicide, it has the life of a male reduced by up to 20 years," the paper quoted him, as saying.
Advertisement
According to the report, Wallace further said legalising same-sex marriage in other countries had not reduced risk factors for gay people.

"Where gay marriage has been introduced, or civil unions, it hasn't changed the level of suicide," Wallace said.

"I am very sorry for that. My heart goes out to those people. But it is a fact," he added.

Smoking And Tobacco
News Archive
News Resource
Advertisement
News Category
How to Reduce Needle Anxiety in Children? Tobacco Addiction: Here's How to Break the Habit Parents are 'Winging It' on Their Kids' Mobile Use Ankle and Ankle Movements While Riding an Hoverboard Is It Healthy to Let Your Mind Wander?
More News
Sign up for Wellness Consult a Doctor Sign up for Selfcare