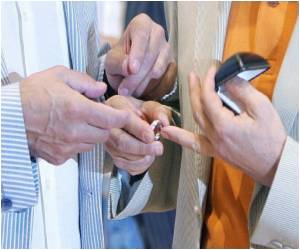 Democratic Governor Martin O'Malley signed into law a bill approved last week by lawmakers making Maryland the eighth state in the US to legalize same-sex marriage.

"We are One Maryland, and all of us, at the end of the day, want the same thing for our children: to live in a loving, stable, committed home protected equally under the law," he said in a statement.


Last week, Maryland's state Senate voted 25-22 to approve the bill, which had earlier gained approval from the lower House of Delegates.

The law is scheduled to go into effect in January 2013. Some opponents have said they will work to put the issue on the ballot in a November referendum.

In a country where homosexuality is often seen as a disease, Vietnam's first film to openly feature love and intimacy between gay men is helping change attitudes.
Advertisement
Maryland joins Connecticut, Iowa, Massachusetts, New Hampshire, New York, Vermont and Washington -- plus the District of Columbia -- in allowing same-sex marriage.

But the issue remains highly controversial across the United States, especially in this presidential election year.

Last month, lawmakers in New Jersey approved a bill legalizing same-sex marriage, but Republican Governor Chris Christie vetoed it, saying the issue was so important "it should be left to the people of New Jersey to decide."

Christie, a rising star in the Republican party, has advocated a popular referendum on the issue.

A group of 80 US mayors -- including New York's Michael Bloomberg, Chicago's Rahm Emanuel, Antonio Villaraigosa from Los Angeles and Annise Parker from Houston -- in January unveiled a campaign to win support for same sex marriage.

Gay marriage was briefly authorized in California in 2008, but later banned by a referendum re-writing the state's constitution to restrict marriage to unions between a man and a woman.

Opponents are expected to appeal, and the legality of same-sex marriage will likely be decided by the US Supreme Court.