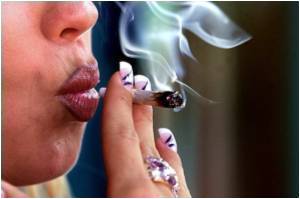 New research has found that the "gateway effect" of marijuana - that teenagers who use marijuana carry a greater risk of moving on to stronger illicit drugs as young adults - is exaggerated.

Their use of harder drugs depends on factors such as employment status and stress, according to the new research.

In fact, the strongest predictor of whether someone will use other illicit drugs is their race/ethnicity, not whether they ever used marijuana.


"In light of these findings, we urge U.S. drug control policymakers to consider stress and life-course approaches in their pursuit of solutions to the 'drug problem,'" said University of New Hampshire professors Karen Van Gundy and Cesar Rebellon.

New research indicates that a newly discovered molecular mechanism helps control the amount and effectiveness of a substance that mimics an active ingredient in marijuana.
Advertisement
"Employment in young adulthood can protect people by 'closing' the marijuana gateway, so over-criminalizing youth marijuana use might create more serious problems if it interferes with later employment opportunities," said Van Gundy.

"We find that respondents 'age out' of marijuana's gateway effect regardless of early teen stress exposure or education, work, or family statuses," said the researchers.

The researchers found that the strongest predictor of other illicit drug use appears to be race-ethnicity, not prior use of marijuana.

Non-Hispanic whites show the greatest odds of other illicit substance use, followed by Hispanics, and then by African Americans.

The research appears in the latest issue of the Journal of Health and Social Behaviour.

If the two bills seeking to legalize marijuana in California succeed, the price of the drug would drop by 80 percent while consumption would double, a new study found.
Advertisement
Advertisement