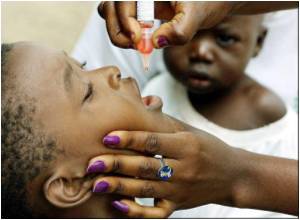 Bill Gates and UK Prime Minister David Cameron on Friday planned to double its aid spending on polio as part of a new international effort to eradicate the disease.

"We need to take these next two years, to intensify the campaign. It's an expensive campaign," Gates told the World Economic Forum in Davos.

"It costs about a billion a year to buy the drugs, to get the vaccines out there, to find the children. Our foundation is adding 100 million today to the polio campaign," the billionaire added, to applause.


Meanwhile, Cameron said that Britain would double its contribution to the campaign "from 30 million to 60 million dollars" despite his pledge to cut his government's overall spending dramatically.

President Pratibha Devisingh Patil on Saturday administered polio vaccine drops to seven children at the Rashtrapati Bhawan to launch the National Pulse Polio Programme for 2011.
Advertisement
"I think it's right even in difficult times that we don't break our promises to the poorest people on our planet.

"I will also argue there is a strong element of self interest, if we give up on the aid and trade and the development agenda, we will find the problems of those countries visiting on own doorstep," said Cameron.

"Yes this is a difficult time to do it, but actually there is never a wrong time to do the right thing," said the British PM.

The crippling disease which normally affects children has recently resurfaced in the Republic of Congo, having spread from Angola.

$40-50bn Benefit can be Derived from Global Polio Eradication Initiative

The benefits of the global initiative to completely wipe out polio could result in huge savings to the tune of at least 40-50 billion dollars.
Advertisement
Advertisement