Gaps in Services for Heterosexual Men With HIV: Study 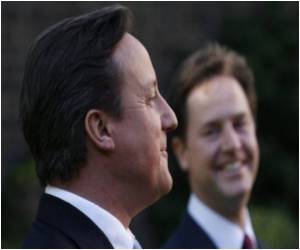 Making up a small but growing number of people infected with HIV in Canada are heterosexual men. Yet a new study has found that many of them feel existing HIV-related programs and services don't meet their needs and are geared primarily or exclusively toward gay men and heterosexual women who are living with the virus.

"Heterosexual men tend to go through HIV alone," said Tony Antoniou, a pharmacist and research scholar in the Department of Family Medicine at St. Michael's Hospital. "They feel very isolated."Antoniou said the study, published in the online medical journal BMJ Open, was among the first to examine how heterosexual men with HIV seek health care and support services.

While unprotected sex between men is still the most common method of transmitting HIV in North America and Western Europe, the number of new infections attributable to heterosexual transmission has been steadily increasing. Heterosexual men accounted for less than 5 per cent of all cases of HIV in Ontario before 1990, but represented 13.8 per cent of HIV diagnoses among men in 2008.


In Britain, the figure is even higher -- 18.8 per cent of patients accessing HIV-related care in 2009 were men infected via heterosexual sex Antoniou and his colleagues conducted focus groups of HIV-positive heterosexual men with the assistance of community-based AIDS service organizations in Ontario.The men told them: "Heterosexual men living with AIDS are navigating a health care and service field that has not kept pace with their increased representation among the population of people living with the virus," Antoniou wrote in his study, Waiting at the dinner table for scraps: a qualitative study of the help-seeking experiences of heterosexual men living with HIV infection."Nobody is looking at them as husbands and fathers, people who need to be supported in those roles," he said.

Lesbian Mums Kids on Par With Kids of Heterosexual Parents