Future of Street Lighting Are 'glow in Dark' Roads 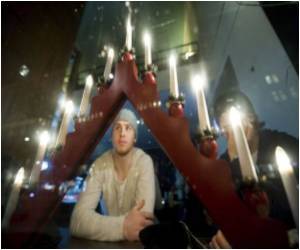 As a historic path in Cambridge has been covered with ultraviolet particles that absorb light during the day, glowing roads could become the future of street lighting.

Then at night they emit an artificial blue glow - although the particles can come in different colours, the Mirror reported.

The "Starpath" could one day replace streetlamps as a cheaper and more energy-efficient form of lighting, or be used for cycle lanes.


The technology is being used at Christ's Pieces and the city council has said it could adopt the path elsewhere.

The system has been developed by Pro-Teq Surfacing in Surrey.

Street Lighting System That Switches on Only When People are Around Developed
An Indian-origin designer in Holland has developed a new LED street lighting system, known as ......

Circadian Clock is Key to Lighting Up Cell's Furnace: Study
A research team from Northwestern University have identified a new mode of timekeeping that ......