Fungus Infects the Brain and Impairs Memory in Mice 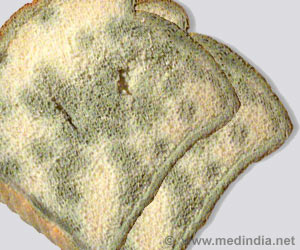 Fungal infections are becoming a growing concern in the medical field, and scientists developed a mouse model to study the short-term consequences of fungal infection in mice brain. A commonly known type of fungus, Candida albicans can cross the blood-brain barrier and triggers an inflammatory response which causes temporary mild memory loss in mice and formation of granuloma-type structures.

Interestingly, the granulomas share features with plaques found in Alzheimer's disease, supporting future studies on the long-term neurological consequences of sustained C. albicans infection. The findings of the study is published in the journal Nature Communications.

Advertisement
‘Than just causing airway allergic disease or sepsis, the fungus can be more detrimental to the human body by leading to many neurodegenerative disorders.’

"An increasing number of clinical observations by us and other groups indicates that fungi are becoming a more common cause of upper airway allergic diseases such as asthma, as well as other conditions such as sepsis, a potentially life-threatening disease caused by the body's response to an infection," said corresponding author Dr. David B. Corry, professor of medicine-immunology, allergy and rheumatology and Fulbright Endowed Chair in Pathology at Baylor College of Medicine.


Importantly, explains Corry, fungal infections causing airway allergic diseases and sepsis have been associated with increased risk for dementia later.
Advertisement
"These observations led us to investigate the possibility that fungus might produce a brain infection and, if so, the consequences of having that kind of infection," said Corry, who also is a member of the Dan L Duncan Comprehensive Cancer Center.

The researchers began their investigation by developing a mouse model of a low-grade fungus infection with the common yeast C. albicans that would not cause severe disease, but might carry implications for brain function. They tested several doses and finally settled on one dose of 25,000 yeasts.

They injected C. albicans into the blood stream of mice and were surprised to discover that the yeast can cross the blood-brain barrier, a robust protective mechanism the brain employs to exclude all kinds of large and small molecules, as well as a number of microorganisms that can potentially damage the brain.

"We thought that yeast would not enter the brain, but it does," Corry said. "In the brain, the yeast triggered the activity of microglia, a resident type of immune cell. The cells became very active 'eating and digesting' the yeast. They also produced a number of molecules that mediated an inflammatory response leading to the capture of the yeasts inside a granule-type structure inside the brain. We called it fungus-induced glial granuloma, or FIGG."

Corry and his colleagues also tested the animals' memory in both yeast-infected and non-infected mice. They found that infected mice had impaired spatial memory, which reversed when the infection cleared.

The mice cleared the yeast infection in about 10 days; however, the microglia remained active and the FIGGs persisted well past this point, out to at least day 21. Intriguingly, as the FIGGs formed, amyloid precursor proteins accumulated within the periphery and amyloid beta molecules built up around yeast cells captured at the center of FIGGs. These amyloid molecules are typically found in plaques that are the trademark of Alzheimer's disease.

"These findings suggest that the role fungi play in human illness potentially goes well beyond allergic airway disease or sepsis," Corry said. "The results prompted us to consider the possibility that in some cases, fungi also could be involved in the development of chronic neurodegenerative disorders, such as Alzheimer's, Parkinson's and multiple sclerosis. We are currently exploring this possibility."

"For these reasons, if we better understand how our immune system deals with this kind of constant threat and what are the weaknesses in our immunological armor that occur with aging that allow fungal disease to take root, then we would likely increases the possibility of finding ways to fight back, " Corry said.

Fungal Infections
Fungal infections are caused by fungi that include yeasts and molds, and occur in those with a weak ...

Aspergillosis
Aspergillosis is an infection caused by fungus Aspergillus, usually in people with reduced ......