Fungi to be Sent to the International Space Station 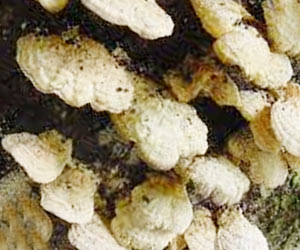 For the first time, fungi will be sent to the International Space Station for the development of medicine, said researchers at the University of Southern California (USC).

The experiments, to be conducted jointly by scientists from the university and NASA's Jet Propulsion Laboratory, will put specimen of Aspergillus nidulans in the high-radiation and micro-gravity conditions in space to develop new medicines for use in space and on the Earth, USC researchers announced on Monday.

Find Out How Deadly Fungi can be

The common notion about fungus is that they are something that smells or looks disgusting.
Advertisement
‘The high-radiation, micro-gravity environment in space could prompt Aspergillus nidulans to produce molecules it doesn't create on Earth.’

The specimen will be carried by the SpaceX CRS-8 mission scheduled for launch from Cape Canaveral on April 8. The launch will be the Hawthorne-based company's first cargo resupply service mission since CRS-7 exploded shortly after launch on June 28, 2015, Xinhua reported.


"Certain types of fungi produce very important molecules called secondary metabolites that are not essential for their growth or reproduction but can be used to make beneficial pharmaceuticals. Examples of secondary metabolites include the antibiotic penicillin and the cholesterol-lowering drug lovastatin," said a USC statement. Researchers said the environment of space could trigger physiological changes in the fungi.

It is common knowledge that human mouths contain a balanced mix of microbes which, when disrupted, can lead to oral diseases.
Advertisement
"The high-radiation, micro-gravity environment in space could prompt Aspergillus nidulans to produce molecules it doesn't create in Earth's less stressful conditions," Clay Wang, professor of pharmacology and pharmaceutical sciences and chemistry at the USC school of pharmacy, was quoted as saying by the media. "We've done extensive genetic analysis of this fungus and found that it could potentially produce 40 different types of drugs," Wang said.

"The organism is known to produce osteoporosis drugs, which is very important from an astronaut's perspective because we know that in space travel, astronauts experience bone loss." Scientists also said that molecules from Aspergillus nidulans potentially may be useful in anti-cancer and Alzheimer's disease research.

This is the first study to show how fungi living naturally in yew trees serve as a combination bandage-immune system for the plant.

Post-Nasal Drip Noscaphene (Noscapine) Accident and Trauma Care Find a Doctor Loram (2 mg) (Lorazepam) Selfie Addiction Calculator Sinopril (2mg) (Lacidipine) Pregnancy Confirmation Calculator Find a Hospital Indian Medical Journals
This site uses cookies to deliver our services.By using our site, you acknowledge that you have read and understand our Cookie Policy, Privacy Policy, and our Terms of Use  Ok, Got it. Close
×