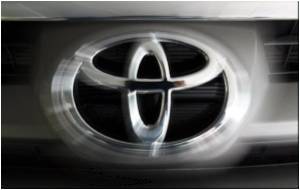 Next time while travelling by car, try grabbing a front seat - you could be safer! An Australian study found that front seats have far outstripped back seats in terms of safety features over the last few decades. But the findings seem to be applicable more to adults, children could still be safer backseat. The study was conducted by the Neuroscience Research.

"We could save more lives and prevent more injuries if we paid the same attention to the rear seat of cars as we have to the front seat," Associate Professor Lynne Bilston of the University of New South Wales.

"We are calling for immediate improvements in car rear seat safety."


Previous studies in older cars have shown that occupants sitting in the back seat were at lower risk of serious injury and death in crashes, says Associate Professor Bilston.

A quick and simple First Aid guide on how to administer treatment for Head Trauma.
Advertisement
"However, since the mid-1990s, front seats have improved enormously with airbags and better seatbelt designs in the front driver and passenger positions," she says.

These safety features are often not included in the rear seat, even in newer cars, meaning the front seat is now relatively safer than the rear seat for adult passengers.

While all adults in newer cars are relatively safer in the front seat, the effect is greater for older adults. Children are still safer sitting in the rear seat.

Ms. Bilston and colleagues compared the risk of injury to front and rear seat occupants in cars made between 1990 and 1996 with those travelling in newer cars.

They found that while newer cars are safer than older cars, significant reductions in head, thoracic and abdominal injuries were only seen in front seat occupants.

There are currently no regulations on how cars should be designed to protect rear seat occupants, Ms. Bilston says.

"We are calling on the Government and crash test programs, such as the Australian New Car Assessment Program, to shift some of their focus to the rear seat," she adds.