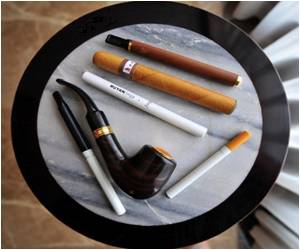 Consumers face the barrage of product claims everyday, which creates their expectation on the safety and performance of the product. Hence, in such cases the science behind the products are more important to know.

Scientists told the audience here today at the 244th National Meeting & Exposition of the American Chemical Society (ACS) in Philadelphia that greater collaboration is needed to ensure that product claims are based on the best available scientific evidence. 'What we need is not science for science's sake, but science for society's sake,' said David Richardson, a speaker at the Symposium entitled 'Science and the Law: Analytical Data in Support of Regulation in Health, Food and the Environment.' Richardson said that 'regulators must ensure that any claims are based on the best available scientific evidence and using the best tools and methods available in order to ensure the highest standards for consumers, while at the same time fostering and advancing innovation in the products they regulate'. This, he said, can only be achieved if all interested parties, whether they be NGOs, academics, regulators or industry scientists are brought together to advance regulatory science and leverage its potential to promote and protect public health.

Speakers at the symposium discussed claims made in the realm of regulated products, ranging from the very familiar: health and nutritional claims on food to the newer, less familiar territory of potential future claims around 'modified risk' tobacco products, which according to the Family Smoking Prevention and Tobacco Control Act of 2009 (FSPTCA) also comes under the remit of the US Food and Drug Administration (FDA). The FDA is currently the only regulator with a mandate to evaluate submissions to place modified risk tobacco products on the US market.


Richardson, a food scientist, at Reading University in the UK says that the use of claims in the food and dietary supplement market is widespread. But supermarket shelves may look very different as regulators crack down on false and misleading claims.

A new study in the Journal of Consumer Research says that consumers who feel powerless will eat too much in an attempt to gain status.
Advertisement
In the EU for example, regulation published in May this year (Regulation EC No 432/2012) concerning the well-established nutrient functions of vitamins and minerals could see hundreds of nutritional and health claims become illegal. The European Commission has published a list of more than 1600 unauthorised claims on the EU Register. All labels and commercial communications must comply with the regulation by 14th December 2012 following a six-month transitional period.

The result he says is that we must achieve an important balancing act between overcoming challenges in generating and presenting scientific data to justify a claim and achieve conclusive evidence of cause and effect, while not reducing a company's willingness to invest in new research and innovation or impacting international trade.

But whereas health claims on food and nutritional supplements are commonplace,the possibility of making reduced-risk claims is a new prospect for modified risk tobacco products which manufacturers might seek to place on the US market. Under the FSPTCA, companies can apply to the FDA to market lower-risk tobacco products in the US providing they provide scientific proof that marketing of the product will not only reduce harm to individual users but also benefit the population as a whole.

The FDA has started to draft guidance on the kind of scientific and other data needed to forecast and monitor a proposed modified risk tobacco product's potential impact on public health, including: product characterization; the amount of human exposure to harmful constituents; perceptions about the product and effects on human health.

'Right now, this is a very new area of science and there is a shortage of established regulatory science to help assess the health risks of modified risk tobacco products,' says Dr Christopher Proctor, Chief Scientific Officer at British American Tobacco. 'We need reliable credible evidence to further this area of science and fill the gaps identified by the regulators. The FDA have set out a large number of research questions that they want answering in order to help them create the scientific underpinning to regulations, and it is going to take a considerable multi-disciplinary research effort, involving a range of research contributors, to complete the science they need."

The sentiment was echoed by Rodger Curren, of the Institute for In vitro Sciences in the US, who said that transparency, data sharing and active communication between scientists, industry and regulators is the best way to ensure the intelligent application of science to regulatory policy. Dr Curren described how such an approach was key to the successful use and acceptance of new in vitro ocular models for hazard testing of anti-microbial cleaning products. He said this approach could be modelled for use in the safety assessment of other consumer products, thus supporting the 3Rs approach and avoiding new animal experimentation.