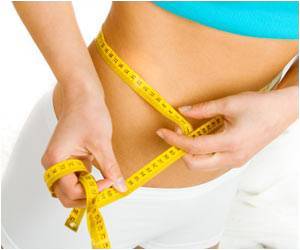 Findings have revealed that average 'crash' diet lasts just 15 days and 35 per cent say they end up putting on more weight than they lost in the first place, with an average 4.7 pounds creeping back on post-diet.

Morning breakfast is an important meal of the day, especially for Indians. Eating a healthy breakfast is a must as it keeps them active all day. So, try out these eight healthy Indian breakfast recipes and reap numerous health benefits for a healthy mind and body.
Advertisement

A poll of 2,000 women conducted by Hovis Wholemeal bread suggested that a balanced diet is a more effective way of losing weight in the long-term, the Daily Mail reported.


Almost half (48 per cent) of the women questioned said that their failed dieting attempts came from trying to cut out all savoury snacks and one in three (33 per cent) women tried to remove all bread from their diet.

Rapid Diet Plan is the Most Efficient Way to Slim Down: Studies

Losing a lot of weight at once is the best way to permanently slim down, studies presented at Stockholm's International Congress on Obesity showed, going against accepted wisdom even among doctors.
Advertisement
"It's worrying to think that women put pressure on themselves to lose weight quickly and then suffer emotional repercussions if they give up or don't see the desired results," Olympic cyclist Victoria Pendleton said while commenting on the study.

"The secret to a healthy lifestyle is not crash diets."

She asserted that increasing the amount of exercise will allow dieters to eat more of what they want without packing on any extra weight.

Most of the Brits notice the pounds piling on 22 days after their diets end and only one in five women successfully achieve their target weight.

According to experts, Dukan Diet, which works on restricting foods, calories and portion control, is the worst celebrity weight loss plan to follow and said it has 'absolutely no solid science behind it at all'.

New investigations into obesity may identify people with an inherited risk of weight gain, explain why crash diets often fail and address a danger period in childhood that leads to
Advertisement
Advertisement
This site uses cookies to deliver our services.By using our site, you acknowledge that you have read and understand our Cookie Policy, Privacy Policy, and our Terms of Use  Ok, Got it. Close
×