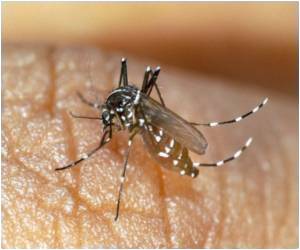 French health authorities have told doctors on the Riviera to be cautious following the detection of the second case of the mosquito-borne chikungunya virus.

Two 12-year girls in the town of Frejus have caught the virus that causes fever, headaches and arthritic-type symptoms that leave victims stooped, officials said Sunday.


They noted that both cases were "native," meaning that the victims had not travelled to the parts of eastern Africa, southeast Asia or the Indian subcontinent were the virus is widespread.


The first ever "native" cases of dengue fever were detected in the French Riviera region earlier this month when two people were diagnosed with the disease that causes a flu-like illness for most victims but which can sometimes be deadly.

Dengue is carried by the same tiger mosquito that transmits the chikungunya virus. The insect has moved north in recent years.

There is no known vaccine or treatment for chikungunya, which has infected millions of people in Africa and Asia and can cause debilitating pain and, in extreme cases, death.

A region in Italy suffered an outbreak of chikungunya that hit 240 people over a two-month period.

An outbreak on the French Indian Ocean island of Reunion in 2005 infected a quarter of the population in less than two years, causing some 250 deaths. 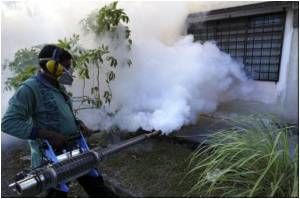 Delhi Hit by Chikungunya
Health officials in Delhi are faced with a new threat with more than six cases of chikungunya virus diagnosed in the Palam Village on Wednesday.
READ MORE