Some of the leading intellectuals in France have poured scorn on the goal of eradicating prostitution.

Writing in Thursday's edition of the weekly political magazine Le Nouvel Observateur, a collection of academics, artists and writers suggest efforts to get rid of the world's oldest profession are bound to fail and question whether the Socialist administration should even be trying.

Najat Vallaud-Belkacem, the minister for women, caused a stir in June when she announced the new government would attempt to end the sale of sex.


Responding, the intellectuals said any move to liberate women from sexual slavery or the clutches of organised crime would be welcome.

But they argued that talk of "abolishing" prostitution was based on "two debatable assumptions: that charging for sex is an affront to women's dignity and that all prostitutes are all victims of their bastard clients."

They added: "A women who prostitutes herself, whether she does so occasionally or full-time, is not necessarily a victim of male oppression.

"And the clients are not all horrible predators or sexual obsessives who treat the woman as disposable objects."

Among the signatories to the article were philosopher Elisabeth Badinter, writer Regine Desforges and film-maker Claude Lanzmann.

As things stand, prostitution in itself is not a crime in France but various connected activities, including advertising sex for sale, procuring someone for sex and running a brothel, are.

Vallaud-Belkacem is considering the introduction of new measures to target the clients of prostitutes.

But the intellectuals believe that criminalising clients will only force prostitution even more underground, making the women involved more vulnerable to exploitation by pimps.

"The road to hell is paved with good intentions," they warn. 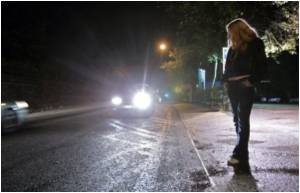 French Minister Seeks Abolition of Prostitution in Europe
French minister for women has planned to hold a conference of experts on how to control prostitution and human-trafficking.
READ MORE

Prostitution Provides Means of Living for Unpaid AIDS Workers in Nepal
Campaigners have revealed that desperate AIDS charity workers in Nepal are turning to prostitution to pay bills and buy food because government bureaucracy has denied them their wages.
READ MORE 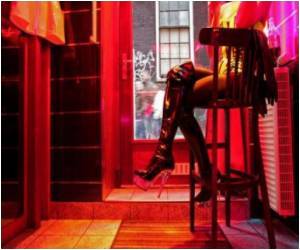