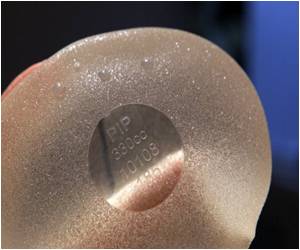 Leastwise 50 women in Greece have had defective breast implants produced by defunct French manufacturer PIP that has alarming rates of rupture, reports a newspaper on Thursday.

Ta Nea daily, citing health ministry sources, said at least 250 implant pairs made by Poly Implant Prothese (PIP) were sold to surgeons between 2009 and 2010 and that at least 50 women had implants fitted.

After product's safety violation was reported on breast implants made by defunct French company PIP, Dutch health authorities on Wednesday urged recipients to remove them.
Advertisement

"Very soon these women will be located and they will be informed by their surgeons of the need for a re-examination," health ministry general secretary Antonis Dimopoulos told the daily.


Around 300,000 women in 65 countries are believed to have received PIP implants, deemed a risk to health after the discovery that the company used an illegal industrial-grade gel that, according to French investigators, has led to abnormally high rates of ruptured implants.

Hundreds of Austrian women, much more than the eight as initially thought, could have likely had unsafe French-made breast implants in cheap operations in Eastern Europe, a press report said Sunday.
Advertisement
More than 450 lawsuits have been filed in three countries, and French police have placed PIP and its founder Jean-Claude Mas, 72, under investigation.

Not all state authorities have found the scare credible.

France, Germany, the Czech Republic and the Netherlands have recommended that the devices be removed as a precaution but Britain has said it will not follow suit.

Thirteen countries in Europe and Latin America have urged women to have a checkup. In two of them of them -- Bolivia and Venezuela --- the state is offering operations to have the implants removed, but has not made this a recommendation.

In contrast, Australia says it found no evidence that the implants posed a risk.

Drug Side Effects Calculator The Essence of Yoga Blood Pressure Calculator Indian Medical Journals Blood Donation - Recipients Selfie Addiction Calculator Find a Doctor Noscaphene (Noscapine) Sanatogen Pregnancy Confirmation Calculator
This site uses cookies to deliver our services. By using our site, you acknowledge that you have read and understand our Cookie Policy, Privacy Policy, and our Terms of Use