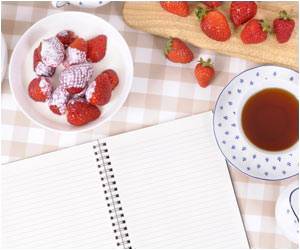 Freeze-dried strawberries can prevent esophageal cancer, according to research presented at the 102nd Annual Meeting of the American Association for Cancer Research (AACR) held at Florida.

"We concluded from this study that six months of eating strawberries is safe and easy to consume. In addition, our preliminary data suggests that strawberries can decrease histological grade of precancerous lesions and reduce cancer-related molecular events," said lead researcher Tong Chen, M.D., Ph.D., assistant professor, division of medical oncology, department of internal medicine at The Ohio State University. She is also a member of the Molecular Carcinogenesis and Chemoprevention Program in The Ohio State University Comprehensive Cancer Center.

Esophageal cancer is the third most common gastrointestinal cancer and the sixth most frequent cause of cancer death in the world, she said. Chen and her team are studying esophageal squamous cell carcinoma (SCC) which makes up 95 percent of cases of esophageal cancer worldwide. China, where this study took place, has the highest incidence of esophageal SCC.

The researchers obtained biopsy specimens before and after strawberry consumption. The results showed that 29 out of 36 participants experienced a decrease in histological grade of the precancerous lesions during the study.

"Our study is important because it shows that strawberries may slow the progression of precancerous lesion in the esophagus. Strawberries may be an alternative or work together with other chemopreventive drugs for the prevention of esophageal cancer. But, we will need to test this in randomized placebo-controlled trials in the future," said Chen.

In achalasia food fails to pass into the stomach due to constriction of the lower esophageal sphincter and is ...

Esophageal cancer refers to malignancy of the food pipe which connects the throat to the stomach. It ...

A few interesting nutrition facts about strawberries, which include benefits, tips on incorporating ...