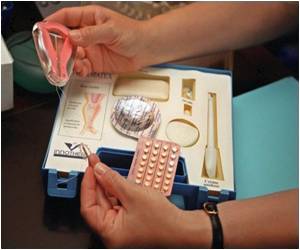 An experimental project has found drastic drop in abortion rates and unplanned pregnancies after women and teenagers in Missouri were provided free birth control.

If the same results were replicated across the United States, free birth control could prevent 1,060,370 unplanned pregnancies and 873,250 abortions a year.

"The impact of providing no-cost birth control was far greater than we expected in terms of unintended pregnancies," said lead author Jeff Peipert of the Washington University School of Medicine.


A lack of access to reliable birth control is a major factor behind the three million unplanned pregnancies in the United States every year.

Previous studies have found that 49 percent of US pregnancies are unintended. Half result from a failure to use birth control while the other half are due to inconsistent or incorrect use of birth control and contraceptive failure.

A birth control patch is a new method of contraception for women for once weekly external application and contains both estrogen and progesterone.
Advertisement
President Barack Obama's landmark health reform expanded access by requiring insurance companies to eliminate 'co-pays' on birth control and other health services beginning in August.

But millions of women without insurance still have to pay for their birth control out of pocket.

The Contraceptive CHOICE Project, which was funded by the Susan Thompson Buffett Foundation, provided counseling and free birth control to 9,256 teenage girls and women in the St. Louis area from 2007 until 2011.

Abortion rates among those women were less than half the regional and national averages: just six per 1,000 participants compared with 20 per 1,000 women nationwide.

One reason for the significant improvement is because 75 percent of the women chose to use long-acting methods such as implants and intrauterine devices (IUDs), Peipert said.

These methods are more than 20 times more effective than birth control pills, patches or rings but have a significantly higher up-front cost.

Some doctors are also "overly restrictive," Peipert said, and will not provide IUDs or implants to young women or women who plan to have children at a later date.

The study found women who chose the long acting methods were happier and much more likely to stick with them.

"Contraception only works when you keep using it," Peipert told AFP. "There are gaps in people's contraceptive use and that's when they get pregnant."

Expanding the program to provide free birth control nationwide would be costly, but Peipert said it would cost far less than dealing with the consequences.

"We're already paying for unintended pregnancies," he said, noting that US taxpayers pay about $11 billion in costs associated with one million unplanned births every year.

The study was published in the journal Obstetrics and Gynecology.

It comes a couple weeks after the American College of Obstetricians and Gynecologists issued new guidelines recommending that doctors offer implants and IUDs to sexually active teenagers.

"These long-acting methods eliminate the problem of inconsistent use common with other contraceptives that can lead to unintended pregnancy," the college said, noting that complications from IUDs and implants are rare.

Stillbirth
News Archive
News Resource
Advertisement
News Category
Milestone In Voluntary Blood Donation Achieved Samsung Reinvents Toilet for the Poor Which is a Better Form of Exercise: Daily or Weekly? First Phase of Foot-and-Mouth Disease Vaccination Shocking News: Polio Cases Return After a Decade in the US
More News
Sign up for Wellness Consult a Doctor Sign up for Selfcare

Accident and Trauma Care The Essence of Yoga Loram (2 mg) (Lorazepam) Blood - Sugar Chart Drug Interaction Checker Find a Doctor Selfie Addiction Calculator Vent Forte (Theophylline) Blood Donation - Recipients Hearing Loss Calculator
This site uses cookies to deliver our services. By using our site, you acknowledge that you have read and understand our Cookie Policy, Privacy Policy, and our Terms of Use